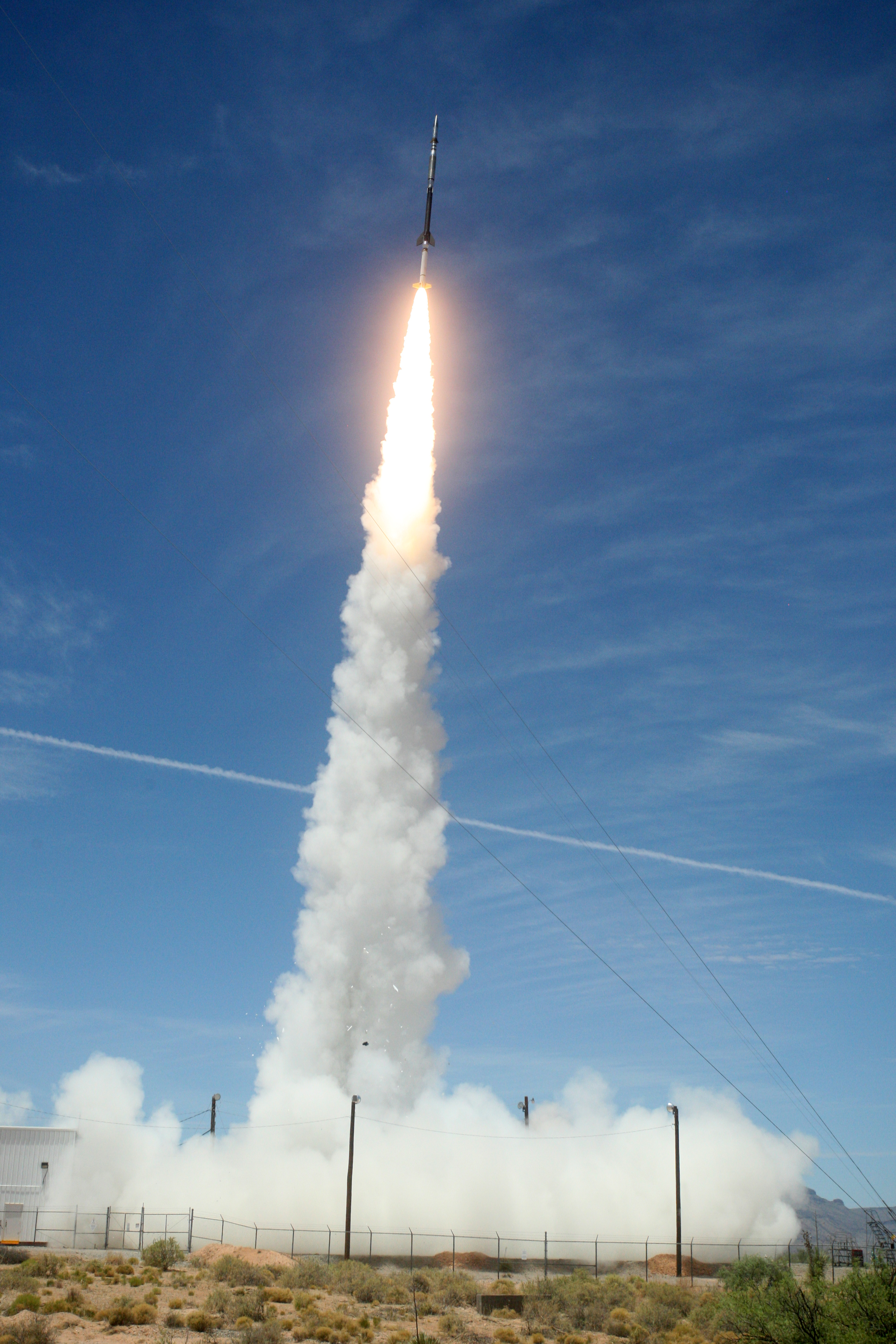 NASA and its partners launched a rocket-borne camera to the edge of space at 2:54 p.m. EDT May 29, 2018, on its third flight to study the Sun. The clarity of images returned is unprecedented and their analysis will provide scientists around the world with clues to one of the biggest questions in heliophysics – why the Sun’s atmosphere, or corona, is so much hotter than its surface.

The precision instrument, called the High Resolution Coronal Imager or Hi-C for short, flew aboard a Black Brant IX sounding rocket at the White Sands Missile Range in New Mexico.

“This was the third launch of Hi-C,” said Amy Winebarger, principal investigator for the Hi-C mission at NASA’s Marshall Space Flight Center (MSFC) in Huntsville, Alabama. “Our second launch in 2016 had an issue with the camera on-board the telescope of the instrument. So, while we gathered critical engineering data and some images, we did not get the high-quality images of the corona we were expecting. We improved the camera from the last launch and are already getting exciting data from Tuesday’s experiment that could help explain the long-held questions about the Sun’s atmosphere.”

The telescope on Hi-C, the centerpiece of the payload weighing 464 pounds and measuring 10-feet long, is designed to observe a large, active region in the Sun's corona in fine detail. The instrument has been improved from the last mission with an updated camera that is expected to improve the data taken from the Sun and the images received.  The duration of the space portion of the Hi-C mission provided five minutes of observation time with the telescope acquiring an image about every five seconds.

“MSFC and SAO have a long history of collaboration in learning about our Sun,” said SAO’s Leon Golub, who was the principal investigator of a series of previous sounding rockets and satellites that led to the Hi-C flights. “It’s exciting to see how far we’ve come in our decades working together.”

Scientists anticipate that analysis of the imaging data from Hi-C’s third flight will help resolve current questions about connections between the hot and cool regions of the solar atmosphere.   To meet this goal, Hi-C’s launch and data collection was coordinated with the Interface Region Imaging Spectrograph (IRIS), a satellite observatory that captures images of the cooler portions of the sun’s atmosphere.

During its first flight in July 2012, Hi-C captured the highest-resolution images ever taken of the one and a half million-degree solar corona, revealing previously unseen magnetic activity. For decades, scientists have suspected that activity in the Sun’s magnetic field is heating the corona.  The third flight of Hi-C captured images of comparable resolution in a different regime of extreme ultraviolet light, enabling more direct study of the interface between the hot corona and the cooler layers lower in the solar atmosphere.

“Understanding how the Sun works is important to everyday things we do on Earth,” said Winebarger, who started her scientific career as an undergraduate doing research at SAO. “Solar flares and disruptions can disrupt radio, GPS communications and satellites that disseminate cell phone signals. By studying how the Sun releases these bursts of energy, we hope to be able to better anticipate them and, in the future, design technology better equipped to withstand these disruptions.”

The Hi-C experiment is led by MSFC in partnership with SAO; Lockheed Martin Solar & Astrophysics Laboratory in Palo Alto, California; and the University of Central Lancashire in Preston, UK.  Launch support is provided by NASA's Sounding Rocket Program at the agency's Wallops Flight Facility on Wallops Island, Virginia, which is managed by NASA's Goddard Space Flight Center Greenbelt, Maryland.  NASA's Heliophysics Division manages the sounding-rocket program for the agency.

Headquartered in Cambridge, Mass., the Harvard-Smithsonian Center for Astrophysics (CfA) is a collaboration between SAO and the Harvard College Observatory. CfA scientists, organized into six research divisions, study the origin, evolution and ultimate fate of the universe.