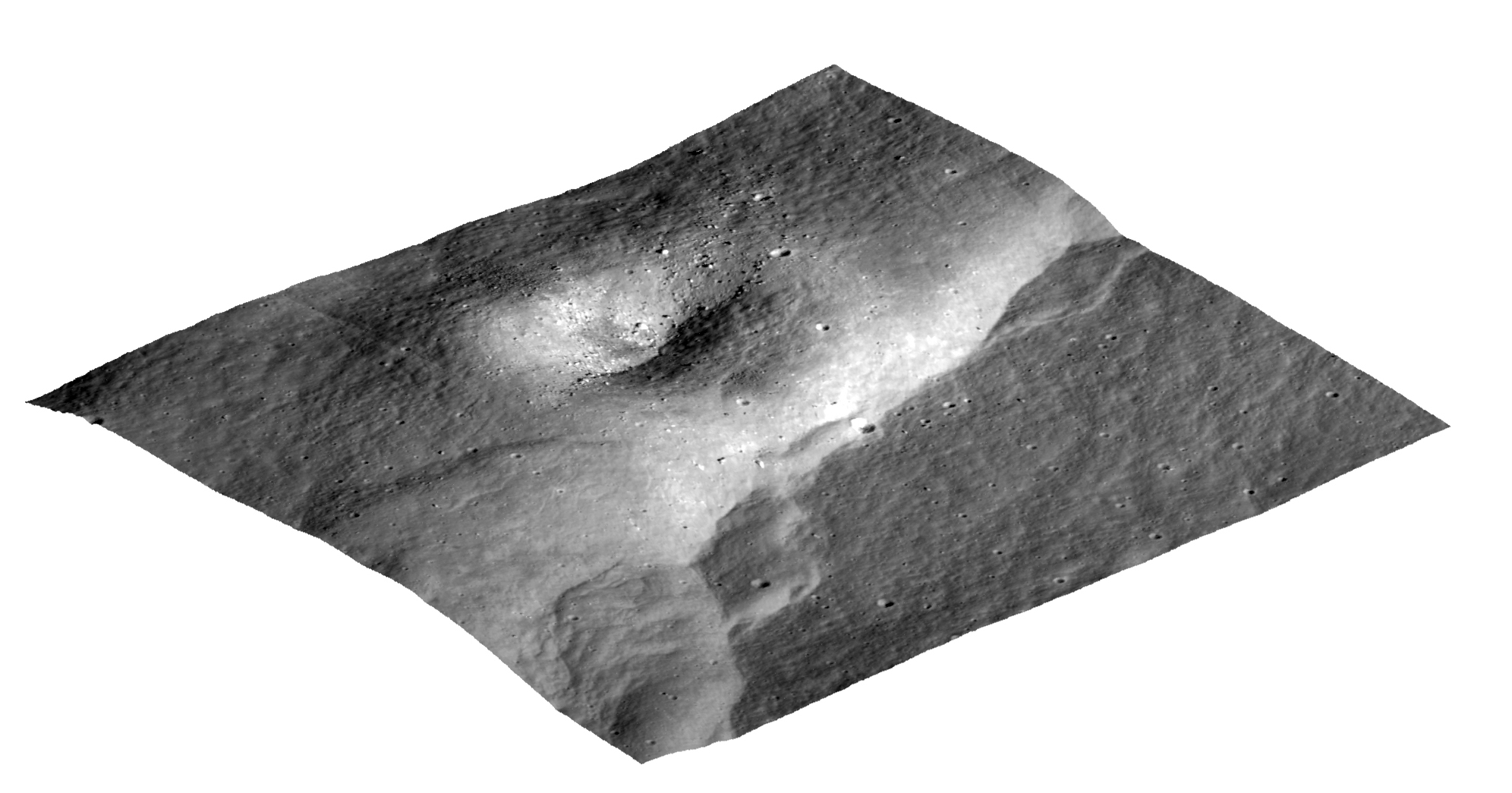 Images taken by NASA’s Lunar Reconnaissance Orbiter show that tidal forces from Earth are influencing the formation of thousands of young faults on the moon related to its shrinking. The findings are reported in a paper—“Global Thrust Faulting on the Moon and the Influence of Tidal Stresses”—published online and in the October issue of the journal Geology. Tom Watters, Smithsonian senior scientist in the National Air and Space Museum’s Center for Earth and Planetary Studies, is the lead author.

The shrinking of the moon was initially reported in 2010, based on images captured by the Lunar Reconnaissance Orbiter (LRO), which was launched by NASA to orbit the moon in June 2009. At that time, the high-resolution images taken by the LRO’s Camera (LROC) covered only about 10 percent of the lunar surface—enough for the camera team to identify 14 fault scarps, or cliffs, in addition to a small number of scarps photographed years earlier by the Apollo Panoramic Camera during the Apollo space missions.

Now, after more than six years in orbit, the orbiter has imaged nearly three-quarters of the lunar surface at pixel scales of 0.5 to 2 meters, or about 2-by-6 feet. More than 3,000 lobate (lobe-shaped) fault scarps have been discovered, with a strong likelihood of finding more as coverage increases. These faults, which have emerged as the most common tectonic landform on the moon, are created when crust materials are pushed together, break and are thrust upward. They are small, typically less than 10 kilometers long (about six miles) and 10s of meters in height, and are widely distributed over the lunar surface.

An already established and major cause of scarp formation is global contraction resulting from cooling of the still hot interior of the moon. As the interior cools and portions of its liquid outer core solidify, the moon’s volume decreases, and it shrinks. If the sole cause of fault scarp formation was the cooling of the moon’s interior, scarp orientations would be random, because contracting forces have equal magnitude in all directions. But, according to Watters, “this is not what we found.” It is the non-random orientation of the scarps that suggested to Watters and his co-authors that the Earth has played a role in the formation of the fault scarps.

“There is a pattern in the orientations of the thousands of faults, and it suggests something else is influencing their formation, something that’s also acting on a global scale,” Watters said. “That something is the Earth’s gravitational pull.”

The moon is a tidally locked satellite that is slowly moving away from Earth. This movement causes stresses in the lunar crust that build up over time. Unlike tides that occur on Earth, tides on the moon created by Earth’s gravity cause the lunar crust to rise and fall, and generate stresses. Though relatively small compared to those resulting from global contraction, which are equal in magnitude in all directions, the tidal forces generated by Earth are not equal. When these tidal forces are superimposed on forces resulting from global contraction, the combined stresses should cause predictable orientation of the fault scarps from region to region. “The agreement between the mapped fault orientations and the fault orientations predicted by the modeled tidal and contractional forces is pretty striking,” said Watters. Identifying the similarity between the actual and modeled formations would not have been possible without the volume of data amassed in the past five years.

“The discovery of so many previously undetected tectonic features as our LROC high-resolution image coverage continues to grow is truly remarkable,” said Mark Robinson of the School of Earth and Space Exploration at Arizona State University, coauthor and principal investigator of LROC. “Early on in the mission we suspected that tidal forces played a role in the formation of tectonic features, but we just did not have enough coverage to make any conclusive statements.”

The fault scarps are very young, and it is likely they are actively forming today. Based on current modeling, peak crustal stresses are reached when the moon is furthest from the Earth in its orbit (at apogee). If the faults are still active, the occurrence of shallow moonquakes related to movement on the faults may be most frequent when the moon is at apogee. This hypothesis could be tested with a lunar seismic network.

“The discovery of thousands of young fault scarps, influenced by tidal forces from Earth, is an exciting new dimension to our understanding of the close relationship between our planet and the Moon,” Watters said.

The Center for Earth and Planetary Studies is the scientific research unit within the Smithsonian’s National Air and Space Museum. Its scientists perform original research and outreach activities on topics covering planetary science, terrestrial geophysics and the remote sensing of environmental change.