"Duro Olowu Selects" To Open in March at Cooper Hewitt 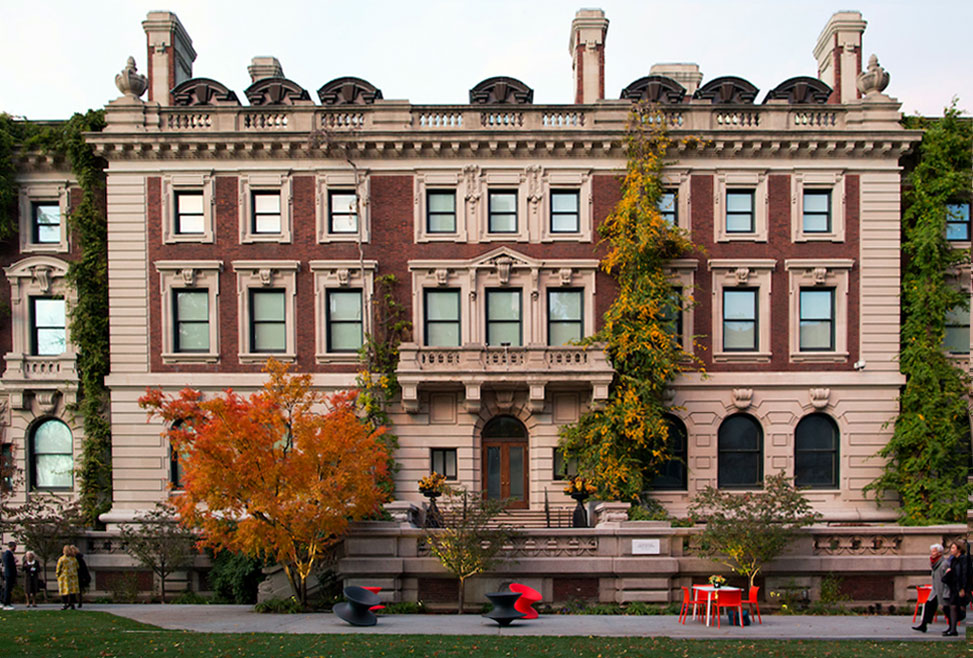 Nigerian British designer Duro Olowu will guest curate the 20th installment in Cooper Hewitt, Smithsonian Design Museum’s “Selects” exhibition series, which invites designers, writers and cultural figures to explore and interpret objects in the museum’s permanent collection. On view March 18 to Aug. 28, Olowu’s exhibition highlights the theme of pattern and repetition throughout the collection, demonstrating how designers, artists and makers have relied on pattern to express ideas, preserve heritage, capture attention and construct objects and environments.

“Duro Olowu Selects: Works from the Permanent Collection” includes an international selection of works spanning the 17th–21st centuries, from the artisanal to the industrial. Together, they amplify pattern as a key element of the design process and suggest Cooper Hewitt’s collection as an evolving expression of both the appreciation and the appropriation of global making traditions for an American audience of practitioners, patrons and the general public.

“Patterns are somewhat of a hidden dialogue, a means of understanding how cultural shifts occur across time and place,” Olowu said. “They open a window to how knowledge and aesthetics are shared across the globe. When we look at pattern, we don’t just see stripes, polka dots or other geometrical layering, we see each other.”

The exhibition is designed by Swiss Architect Roger Diener of Diener & Diener Architekten and features KAYODE, a cowrie-shell pattern created by Olowu in 2009 to cover a corridor of folding paravents [screens] that serve as a framework for display. Among the works on view in the exhibition are a Ruth Asawa lithograph made at Los Angeles’s Tamarind Workshop in 1965; Amanda Williams’ “Cadastral Shaking (Chicago v.1)” recently acquired through the Smithsonian American Women’s History Initiative; Laini Abernathy’s cover design for Sun Ra’s 1966 album Sun Song; a mid-20th-century narrative Yoruba adire eleko textile reinterpreting the 1935 Silver Jubilee of King George V and Queen Mary; and a beaded silk tunic designed by Mariano Fortuny in 1925.

Other highlights include a Magdalene Odundo vessel; Betty Woodman’s monumental trio of “Toy Soldiers” vases; a scarf by the Chicago Black Arts Movement artist Robert Paige; an 1803 decorative panel designed by Joseph-Laurent Malaine for Zuber et Cie; and a Chaguar-fiber dress woven by Lydia Novillo in a women’s cooperative in Formosa, Argentina.

Olowu (b. 1965, Lagos, Nigeria) lives and works in London and New York. The Nigerian British designer is internationally renowned for his womenswear label launched in 2004 and shown twice a year at London Fashion Week. Characterized by unique fabrics, evocative patterns, original juxtapositions and impeccable construction, Olowu’s work is informed by his international background and cosmopolitan curatorial eye. In 2005, he was awarded New Designer of the Year at the British Fashion Awards and pieces of his work are featured in various institutional collections. Olowu has also curated critically acclaimed contemporary art exhibitions, including “Making and Unmaking” in 2016 at Camden Arts Centre in London and “Duro Olowu: Seeing Chicago” at the Museum of Contemporary Art in Chicago in 2020.

“Duro Olowu Selects: Works from the Permanent Collection” is made possible by the Marks Family Foundation Endowment Fund. Additional support is provided by the Cooper Hewitt Master’s Program Fund.

Cooper Hewitt is America’s design museum. Inclusive, innovative and experimental, the museum’s dynamic exhibitions, education programs, master’s program, publications and online resources inspire, educate and empower people through design. An integral part of the Smithsonian Institution—the world’s largest museum, education and research complex—Cooper Hewitt is located on New York City’s Museum Mile in the historic, landmark Carnegie Mansion. Steward of one of the world’s most diverse and comprehensive design collections—over 215,000 objects that range from an ancient Egyptian faience cup dating to about 1100 BC to contemporary 3D-printed objects and digital code—Cooper Hewitt welcomes everyone to discover the importance of design and its power to change the world.