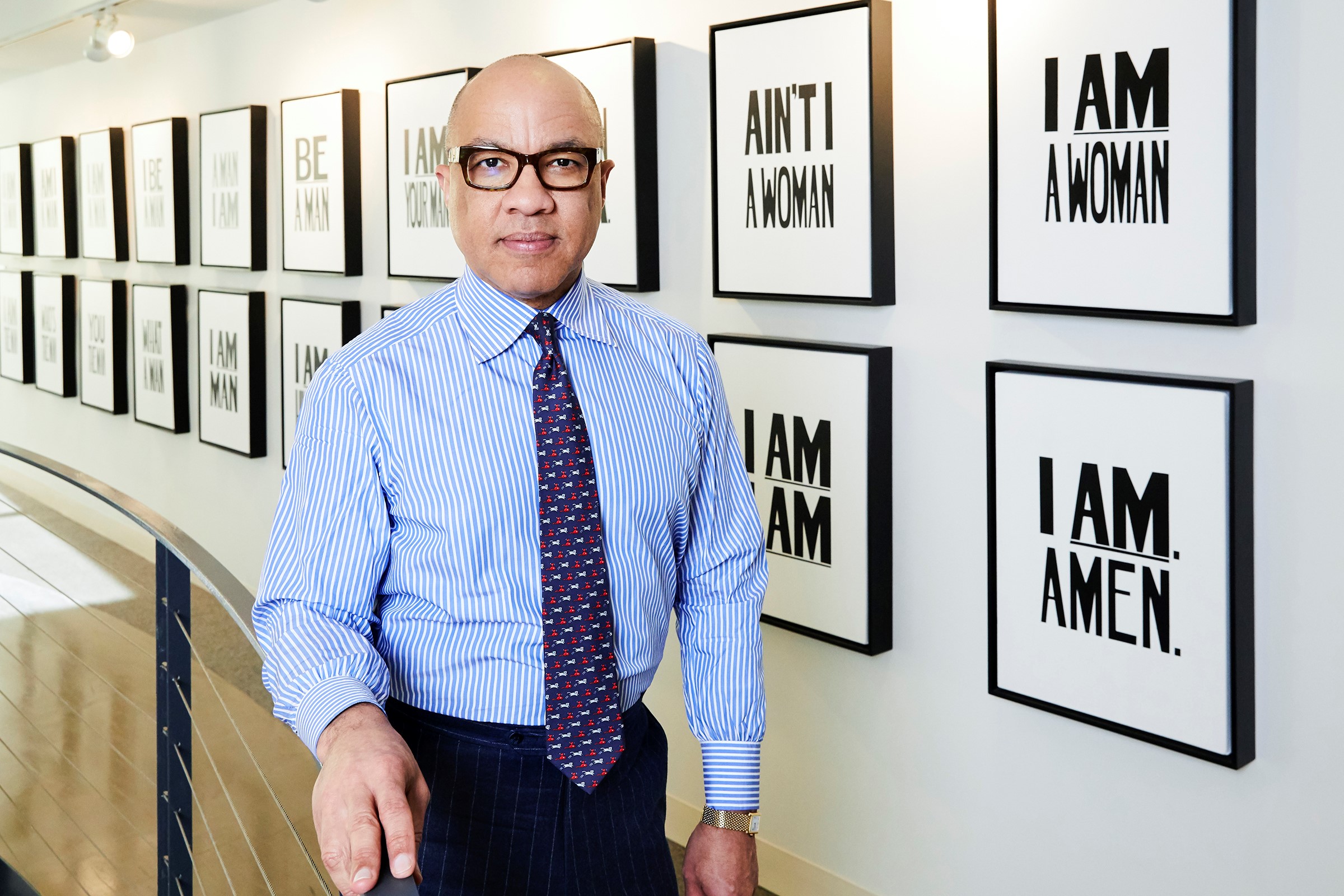 Caroline Baumann, director of Cooper Hewitt, Smithsonian Design Museum, has announced the selection of Darren Walker, president of the Ford Foundation, as the Director’s Award recipient of the 2018 National Design Awards. Unlike the other National Design Awards, which are selected by an interdisciplinary jury of design leaders and educators, the Director’s Award is chosen by Baumann in recognition of outstanding support and patronage within the design community. The 2018 award recipients will be honored at a gala dinner and ceremony Thursday, Oct. 18, in the Arthur Ross Terrace and Garden at Cooper Hewitt.

“With a courageous vision for fighting social inequality, Darren has long been a champion of design as a democratizing force for good and a problem-solving catalyst for change,” Baumann said. “I am delighted to recognize Darren for his inspiring leadership and unwavering support of organizations across all spheres of influence who are working to build an inclusive and strong civil society around the world.”

As president of the Ford Foundation, Walker oversees an international social justice philanthropy with a $13 billion endowment and $600 million in annual grant making. For two decades, he has been a leader in the nonprofit and philanthropic sectors. Walker led the philanthropy committee that helped bring a resolution to the city of Detroit’s historic bankruptcy (2013–2014), and chairs the U.S. Impact Investing Alliance. He co-chairs New York City’s Commission on City Art, Monuments, and Markers, and serves on the Commission on the Future of Riker’s Island Correctional Institution and the UN International Labour Organization’s Global Commission on the Future of Work. He also serves on the boards of Carnegie Hall, Friends of the High Line and the Committee to Protect Journalists, and is a member of the Council on Foreign Relations and the American Academy of Arts and Sciences.

Before joining Ford, Walker was vice president at the Rockefeller Foundation, overseeing global and domestic programs including the Rebuild New Orleans initiative after Hurricane Katrina. In the 1990s, as chief operating officer of the Abyssinian Development Corporation—Harlem’s largest community development organization—he oversaw a comprehensive revitalization strategy, including building over 1,000 units of affordable housing and the first major commercial development in Harlem since the 1960s.

“I am honored and humbled to accept the Director’s Award on behalf of the Ford Foundation,” Walker said. “Cooper Hewitt shows us that design is an incredibly powerful force in the world today. It is through smart, creative design that we can find unusual, inspiring ways to tackle some of the most urgent issues of our time, from health care to housing to the right to vote. From its groundbreaking ‘Design for the Other 90%’ exhibition series to its efforts to build a more accessible museum for people with disabilities, Cooper Hewitt is sparking a national dialogue about design innovation that is grounded in inclusivity and encouraging us to all to embrace design as a way to challenge inequality.”

Walker joins a distinguished group of previous Director’s Award winners, including Susan S. Szenasy, director of design innovation, former publisher and editor in chief of Metropolis (2017); Make It Right, a nonprofit organization, founded by Brad Pitt in 2007, that builds homes, buildings and communities for people in need (2016); and Jack Lenor Larsen, an internationally renowned textile designer, author and collector (2015).

National Design Awards programming is made possible by generous support from Target.

National Design Award trophies are created by The Corning Museum of Glass.

ndagallery.cooperhewitt.org is powered by Adobe. Media sponsorship is provided by Smithsonian Media.

About the National Design Awards

Established in 2000 as a project of the White House Millennium Council, the National Design Awards are accompanied annually by National Design Week, which takes place this year Oct. 13–21. A variety of public education programs will be offered at the museum as well as across the country, including special events, panel discussions and workshops for students, teachers, corporate professionals, designers and Cooper Hewitt’s dedicated audience.

Founded in 1897, Cooper Hewitt is the only museum in the United States devoted exclusively to historic and contemporary design. Housed in the renovated and restored Carnegie Mansion, Cooper Hewitt showcases one of the most diverse and comprehensive collections of design works in existence. The museum’s restoration, modernization and expansion have won numerous awards and honors, including a Lucy G. Moses Preservation Award from the New York Landmarks Conservancy, a Gold Pencil Award for Best in Responsive Environments and LEED Silver certification. Ongoing exhibitions “Access+Ability” (through Sept. 3) and “The Senses: Design Beyond Vision” (through Oct. 28) provide a major platform for the growing movement toward accessibility and inclusive design, and are an integral part of Cooper Hewitt’s major effort to broaden access. From wheelchair accessibility to sign-language interpretation to touch tours and braille signage, the museum offers a variety of services for visitors who are deaf or have limited mobility or vision loss. Morning at the Museum, a free Smithsonian program for visitors with cognitive and sensory processing disabilities, takes place on select Saturdays one hour prior to the museum opening. The American Alliance of Museums Media and Technology Professional Network honored Cooper Hewitt with a 2018 MUSE Award for the accessible label system developed for “The Senses.”