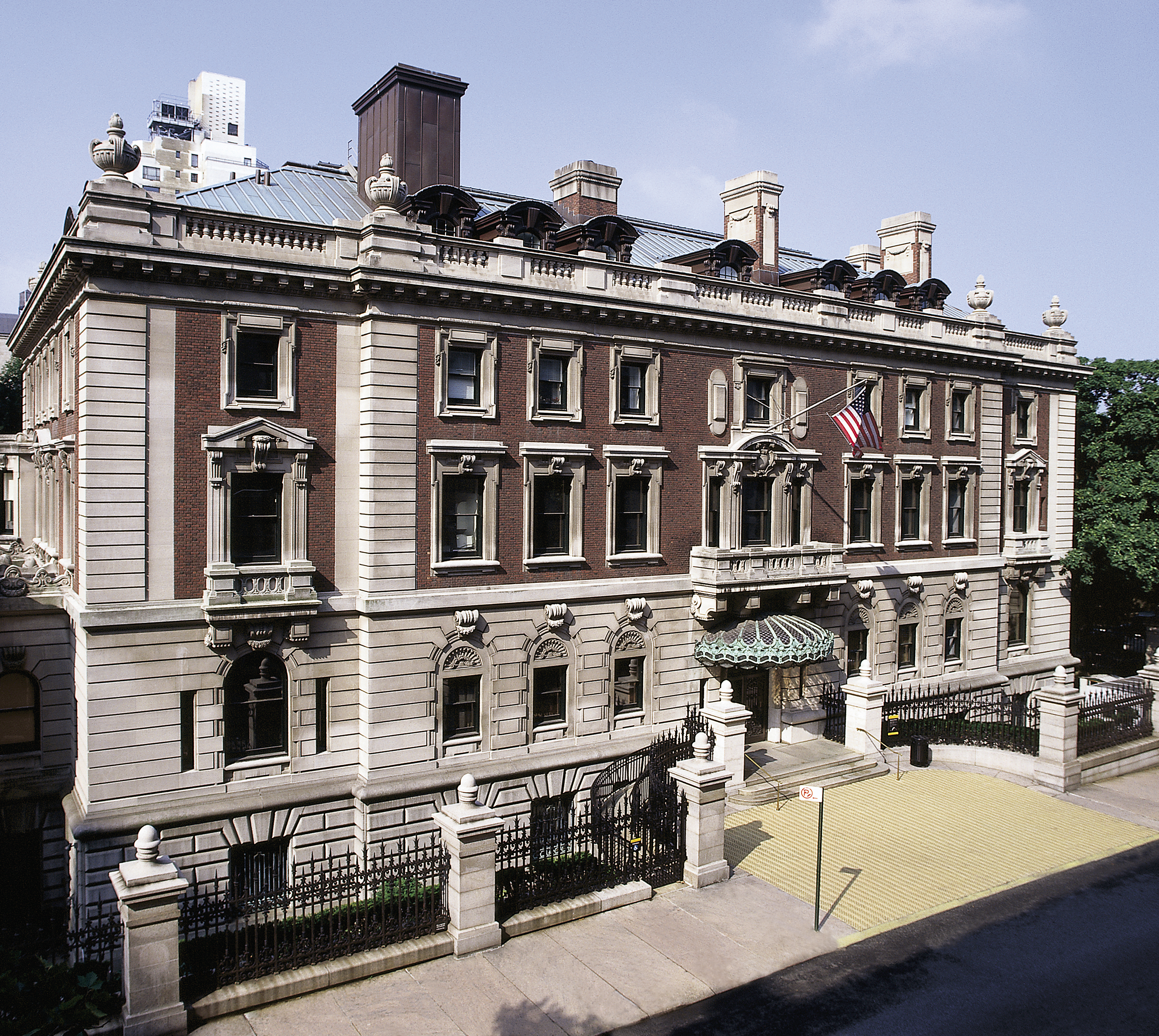 The Smithsonian’s Cooper-Hewitt, National Design Museum has received a $5 million allocation through the City of New York’s Department of Cultural Affairs. The funding supports Cooper-Hewitt’s renovation of the historic Carnegie Mansion and grounds, which will result in 60 percent more gallery space when the museum reopens in fall 2014. This is a major additional allocation from the City, which has previously supported this renovation, and will go toward further restoration of millwork, woodwork, flooring, stone and windows, as well as upgrading the Arthur Ross Terrace and Garden.

“The City is pleased to continue its support for Cooper-Hewitt’s transformative project, which will make the institution an even more vibrant destination on Museum Mile,” said Kate D. Levin, commissioner of the New York City Department of Cultural Affairs. “The renovation of the Carnegie Mansion will make design accessible to museumgoers with expanded gallery space, the restoration and preservation of historic rooms, innovative landscape design.”

“We are so grateful to the City and the Department of Cultural Affairs for their continuing support of the largest capital campaign in Cooper-Hewitt’s history as well as their commitment to safeguarding this national treasure,” said Caroline Baumann, director of Cooper-Hewitt. “We are proud stewards of the Andrew Carnegie mansion, an iconic New York City landmark, and its preservation is one of the driving forces behind this expansion. This grant makes the past and future of design more accessible and impactful to the public.”

Cooper-Hewitt’s renovation is part of an $89 million capital campaign launched in 2006, which includes a $79 million renovation and a $10 million endowment. The expansion includes enlarged and enhanced facilities for exhibitions, collections display, education programming and the National Design Library, and an increased endowment. To date the museum has raised $73.4 million against the $79 million renovation goal, which includes $14.3 million from New York City, and $7.3 million toward the $10 million endowment goal. The scope of the renovation grew as a result of the museum’s desire to increase visitor interactivity and accessibility. The expanded scope, an increase of $25 million, brought the overall cost from $54 million to $79 million. To date the museum has raised 91 percent of its goal.

The museum is working with a team of designers to realize the new Cooper-Hewitt. Design stories will come alive in the exciting new galleries that are being reimagined by Diller Scofidio + Renfro—winners of the 2005 National Design Award for architecture. Local Projects, participatory media designers and 2013 National Design Award winner for interaction design, are developing engaging ways for visitors to become designers. Cooper-Hewitt’s ambition to increase accessibility extends to the Arthur Ross Terrace and Garden, which is being designed by Walter Hood, the 2009 National Design Award winner for Landscape Architecture. A new graphic identity for the museum is being designed by Pentagram. Thinc Design is realizing the new temporary exhibition space on the third floor.

The first phase of the expansion involved renovating the museum’s East 90th Street townhouses in order to move the National Design Library and administrative functions from the Carnegie Mansion to the townhouses, enabling the creation of 60 percent more exhibition gallery space within the museum. The renovation of the townhouses was completed in September 2011. The second phase of the renovation, which involves mansion restoration and the creation of a new 7,000-square-foot gallery, is nearly 70 percent complete.

During the mansion renovation, Cooper-Hewitt’s usual schedule of exhibitions, education programs and events are being staged at various off-site locations, including the Cooper-Hewitt Design Center in Harlem, which has serviced more than 19,000 people since its opening in May 2012. Sold- out programs cater to a broad audience, providing immersive experiences for pre-schoolers and adults. The museum’s “Design in the Classroom” program, which teaches 21st-century skills by using design as a tool across the curriculum, has served more than 36,000 New York City K–12 public school children during the past two years.

Founded in 1897, Cooper-Hewitt is the only museum in the nation devoted exclusively to historic and contemporary design. The museum presents compelling perspectives on the impact of design through educational programs, exhibitions and publications. International in scope and possessing one of the most diverse and comprehensive collections of design works in existence, the museum’s rich holdings range from Egypt’s Late Period/New Kingdom (1100 B.C.) to the present day and total more than 217,000 objects.

The museum has more than 70 full-time staff members, including curators, conservators and design education specialists, and the fiscal year 2013 operating budget is $16 million. The museum is 70 percent funded by earned and contributed income, the remainder coming from federal appropriations.