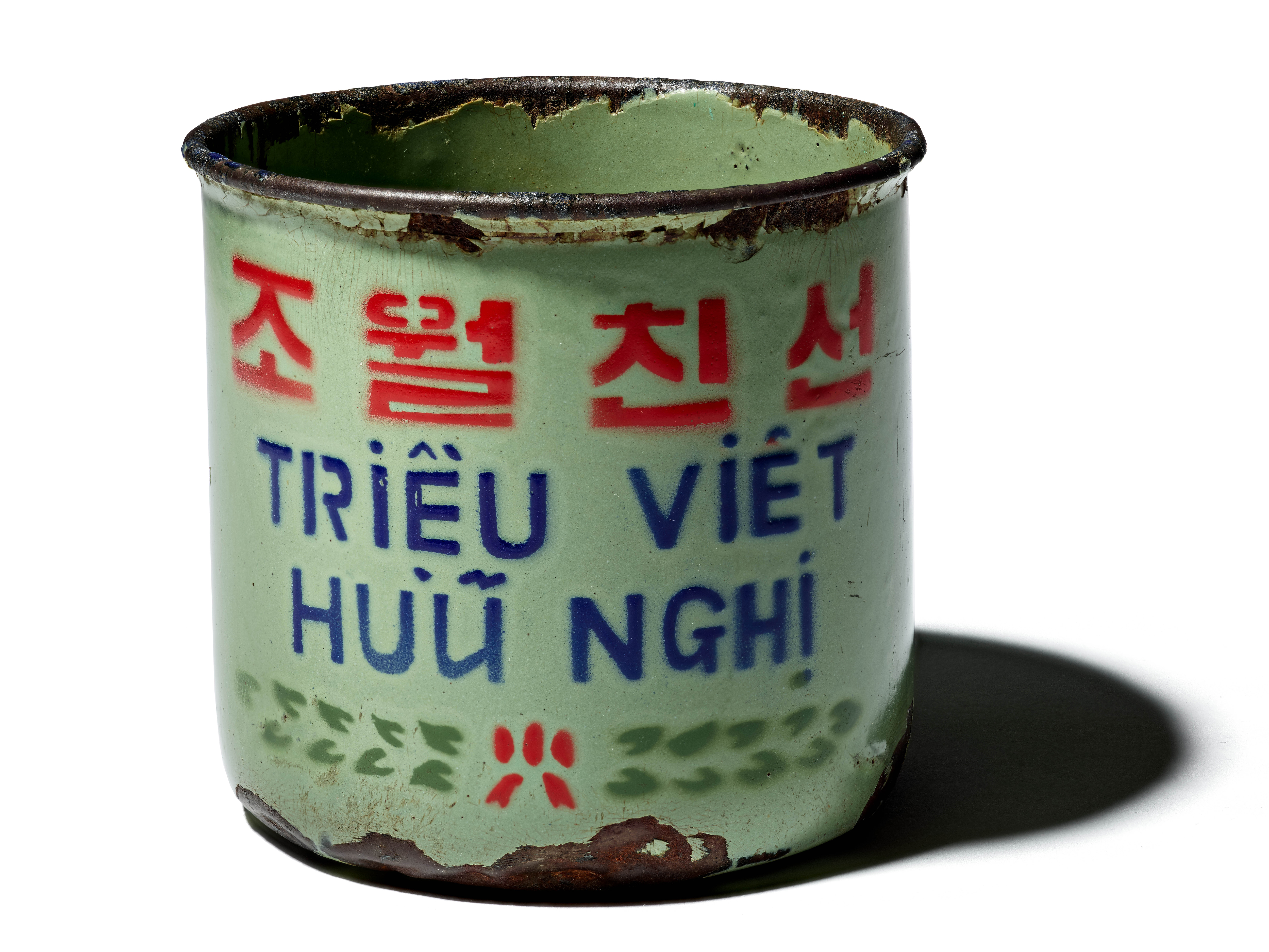 On the 45th anniversary of “Operation Homecoming,” the Smithsonian’s National Museum of American History accepted a donation from Rep. Samuel Robert Johnson (R-Texas), a fighter pilot who endured almost seven years as a prisoner of war (POW). Johnson gave the tin cup and toothpaste tube he used while held in one of the prisons the captives nicknamed the “Hanoi Hilton.”

“I want to thank the National Museum of American History for their work in preserving the stories of our POWs and for accepting this humble donation,” Johnson said. “I also want to give a special thank you to the museum’s director John Gray, as well as Jennifer Jones, who serves as chair for the Armed Forces History Division. Thank you for this beautiful ceremony and for helping make today possible. As Americans, we have so much to be thankful for, including the gift of freedom. As any service member or military family can tell you, that price can be heavy. So let us remember that cost—and remember those who pay it first. In light of the 45th anniversary of Operation Homecoming, I would like to share a quote that was etched on the wall by a fellow captive. It read, ‘Freedom has a taste to those who fight and almost die that the protected will never know.’ God bless you, and God bless America. I salute you.”

The donation ceremony took place against the backdrop of the Bell UH-1 “Huey” helicopter in the museum’s “Price of Freedom: Americans at War” exhibition. The exhibition includes a section dedicated to the Vietnam War, including the story of American POWs and the torture and deprivation they endured. The North Vietnamese used the POWs as part of a propaganda campaign aimed at destroying U.S. support for the war. The exhibition includes staged photographs of POWs used in such campaigns, pink-and-gray-striped uniforms, and toiletries given to POWs. It also includes objects used by the North Vietnamese in the war and showcases artifacts left by family and friends at the Vietnam Veterans Memorial in Washington, D.C.

In Johnson’s autobiography, Captive Warriors: A Vietnam POW’s Story, he writes about his tin drinking cup:

The only souvenir I wanted from North Vietnam was my drinking cup. For me, it symbolized our war of resistance for seven long years. It had been a means of communication and, as such, a means of survival. It was all I wanted to take home from Hanoi’s prison system. I vowed I’d find a way.

“The Vietnam War was one of the most divisive in our history, and the country and our veterans are still healing from that conflict,” said Jennifer Jones, chair of the museum’s Division of Armed Forces History. “Artifacts such as a simple cup and a tube of toothpaste bear witness to the human suffering and the strength and endurance of American patriots.”

Before Johnson was elected to Congress in 1991, he served 29 years in the U.S. Air Force, retiring as a colonel. He served tours of duty in the Korean and Vietnam wars. While fighting in Vietnam, his F-4 “Phantom” fighter jet was shot down in North Vietnam April 16, 1966, and he was held as a POW for almost seven years.

Later, Johnson and a small group of other POWs, known as the “Alcatraz Gang,” were separated from other prisoners because of their resistance to their North Vietnamese military captors. This group was moved from Hỏa Lò Prison in Hanoi to another facility the Americans called “Alcatraz.” In “Alcatraz,” the men were leg cuffed in windowless concrete 4-by-9-foot solitary cells where the lights were on 24 hours a day. Johnson endured 42 months in solitary confinement.

On Feb. 12, 1973, the “Alcatraz” prisoners and almost 600 additional POWs in North Vietnam were released from captivity during “Operation Homecoming.” The next day, Johnson landed in the Philippines at Clark Air Base. From there, he began his journey home to Texas and embraced his family for the first time in seven years at Sheppard Air Force Base in Wichita Falls Feb. 17, 1973. Among Johnson’s many awards and decorations are two Silver Stars, three Legion of Merit decorations, the Distinguished Flying Cross, the Bronze Star Medal with combat “V,” two Purple Hearts, four Air Medals and the Prisoner of War Medal.

The “Price of Freedom: Americans at War” exhibition surveys the history of the U.S. military from the French and Indian Wars to the current conflicts in Iraq and Afghanistan, exploring ways in which wars have been defining episodes in American history. The exhibition extends far beyond a survey of battles to present the link between military conflict and American political leadership, social values, technological innovation and personal sacrifice. The heart of the story is the impact of war on citizen soldiers, their families and communities.

Through incomparable collections, rigorous research and dynamic public outreach, the National Museum of American History explores the infinite richness and complexity of American history. It helps people understand the past in order to make sense of the present and shape a more humane future. The museum is located on Constitution Avenue N.W., between 12th and 14th Streets, and is open daily from 10 a.m. to 5:30 p.m. (closed Dec. 25). Admission is free. For more information, visit http://americanhistory.si.edu. For Smithsonian information, the public may call (202) 633-1000.