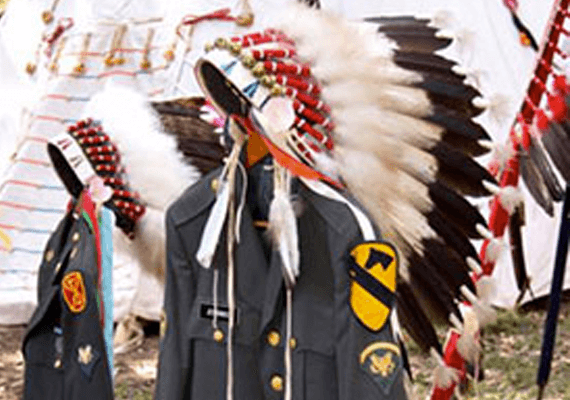 Few people know that Native Americans serve the U.S. armed forces at higher rates per capita than any other ethnic group and have served since the American Revolution. That is about to change. On Veterans Day, Saturday, Nov. 11, the Smithsonian’s National Museum of the American Indian will begin accepting entries for designs for a National Native American Veterans Memorial on the National Mall. The international competition is open to all; architects, artists, designers, students and anyone else who wants to submit a design. Entries will be accepted until 3 p.m. EST Jan. 9, 2018.

Congress commissioned the National Museum of the American Indian in 2012 to honor Native American servicemen and women with a prominent memorial on the grounds of the museum located on the National Mall, a place that draws nearly 24 million visitors annually to the nation’s capital. Since then, the museum has been working with Native American veterans, tribal leaders, historians and cultural experts to consult on the needs that the memorial should express.

In 2015, the museum established an advisory committee composed of Native American leaders and veterans. Co-chaired by former Sen. Ben Nighthorse Campbell (Northern Cheyenne) and Chickasaw Nation Lt. Gov. Jefferson Keel, the museum began consulting American Indian Nations across the country to gather input and support. Campbell, a Korean War veteran, is one of the few Native Americans to serve in the U.S. Congress.

“This is a tremendously important effort to recognize Native Americans’ service to this nation,” Campbell said. “Like so many others, I was compelled to serve to honor the warrior tradition that is inherent to most Native American societies—the pillars of strength, honor, pride, devotion and wisdom.”

In 2017, the museum selected a blue-ribbon jury of Native and non-Native artists, designers, scholars, veterans and others to conduct a two-stage design competition for the memorial. During the first phase, the jury will meet in session and select up to five finalists. The finalists will be announced Jan. 25, 2018, and advance to the second stage of the design competition.

The jury members are:

The memorial is scheduled to open Veterans Day, Nov. 11, 2020. The museum’s exhibition, Patriot Nations: Native Americans in Our Nation’s Armed Forces, will continue to travel around the country through the 2020 dedication.

This project is made possible by the support of the Eastern Band of Cherokee Indians; Bank of America; Northrop Grumman; the Citizen Potawatomi Nation; the San Manuel Band of Mission Indians; Hobbs, Straus, Dean & Walker LLP; General Motors; Lee Ann and Marshall Hunt; the Shakopee Midewakanton Sioux Community; and the Sullivan Insurance Agency of Oklahoma.

The National Museum of the American Indian is committed to advancing knowledge and understanding of the Native cultures of the Western Hemisphere—past, present and future—through partnership with Native people and others. National Mall at Fourth Street and Independence Avenue S.W.; Open every day from 10 a.m. to 5:30 p.m. (closed Dec. 25); Facebook, Twitter, Instagram and AmericanIndian.si.edu.