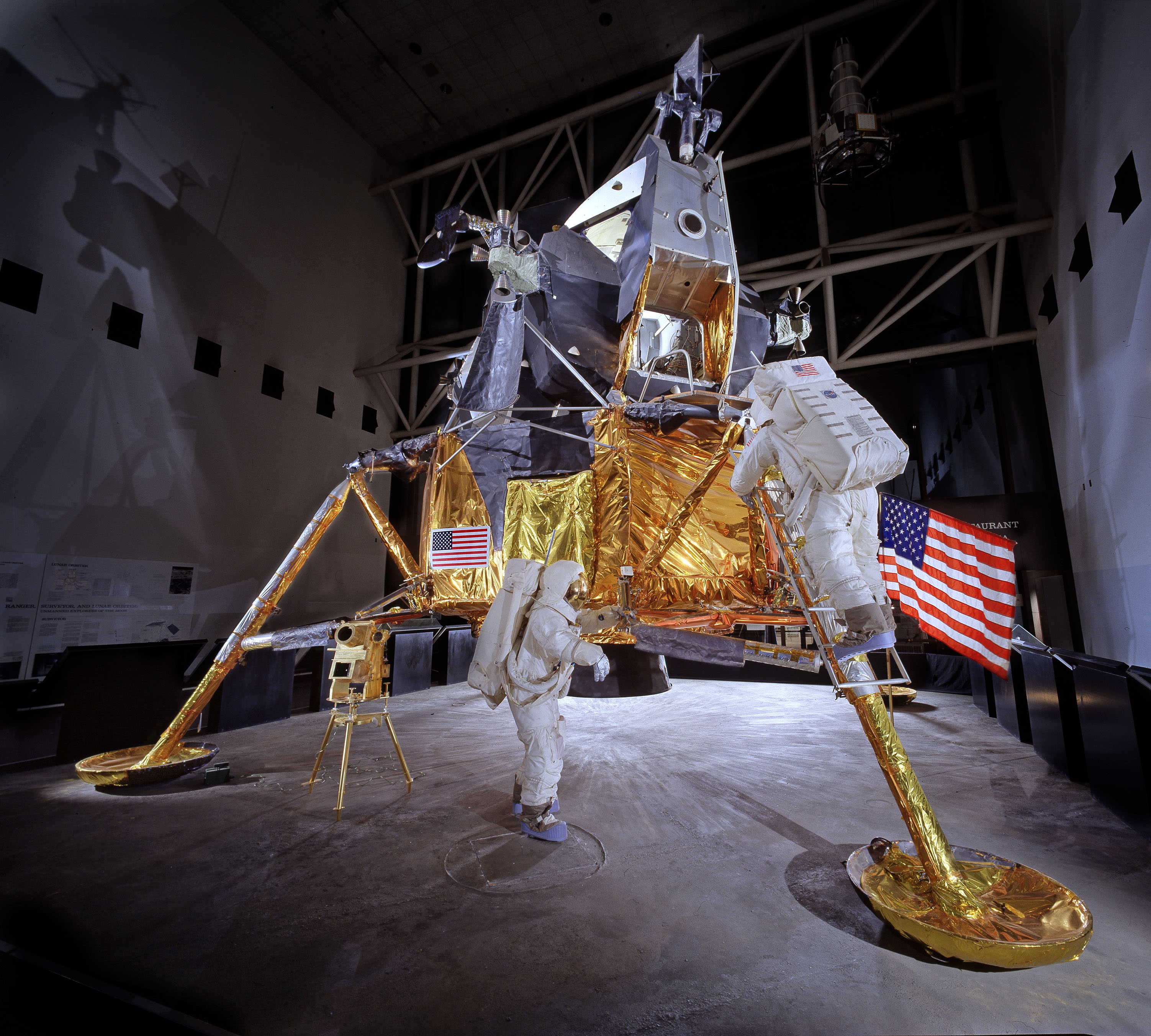 The National Air and Space Museum will reopen the “Boeing Milestones of Flight Hall” July 1 in conjunction with the museum’s 40th anniversary. The two-year renovation of the hall was made possible by a gift from Boeing. Several of the museum’s most iconic artifacts will remain on view, and new ones have been added. The installation will also introduce GO FLIGHT, a digital experience designed to allow visitors to make connections with and between artifacts and to share the national collection beyond the walls of the museum.

A ceremony at 8:30 p.m. will celebrate the anniversary and reopening. “All Night at the Museum” will begin at 9 p.m. and will include activities throughout the night concluding at 10 a.m. July 2. To learn more, visit http://airandspace.si.edu/events/40th-birthday/.

Since the building opened on the National Mall in 1976, the “Milestones of Flight Hall” has welcomed 327 million visitors. Positioned between the museum’s two entrances, the 19,000-square-foot exhibition space had remained largely unaltered since the building’s opening. The new installation features a streamlined, modern look with visitor-friendly amenities, such as a large Welcome Center. It is designed to introduce visitors to key artifacts which, in turn, enable them to learn more about the museum’s renowned collection and ongoing research. The in-depth interpretation of the artifacts and the addition of new digital elements will serve as a model for future exhibitions as the museum prepares to launch into a period of revitalization.

“The new ‘Boeing Milestones of Flight Hall’ will give visitors a richer experience,” said Gen. J.R. “Jack” Dailey, the John and Adrienne Mars Director of the National Air and Space Museum. “By experiencing more detailed displays and digital technology, visitors will walk away with a deeper understanding of how spaceflight and aviation have affected their lives. This approach will guide the plans we have for transforming the building, inside and out, over the next several years.”

All artifacts in the “Milestones of Flight Hall” have had a significant cultural, historic, scientific or technological impact. The stunning Apollo Lunar Module, previously displayed in another gallery, will serve as the centerpiece of the exhibition. Spacecraft such as John Glenn’s Mercury “Friendship 7” will return to the space, along with the Viking Lander, Gemini IV capsule, SpaceShipOne and Mariner 2. A new addition will be the Discoverer XIII satellite re-entry capsule, the first human-made object to be recovered from orbit. Charles Lindbergh’s “Spirit of St. Louis” and Chuck Yeager’s Bell X-1 will return to the hall, to be exhibited near the massive wind-tunnel fan used by the National Advisory Committee for Aeronautics, NACA (predecessor to NASA) and 18th- and 19th-century ballooning artifacts. The exhibition’s emphasis on technology will be represented by objects such as a Turbojet Engine developed by Sir Frank Whittle between 1939 and 1941 and the backup craft to Telstar I, the world’s first active communications satellite. The studio model of the Starship Enterprise from the original Star Trek series will be a new addition to the hall, after undergoing a nearly two-year restoration.

The GO FLIGHT digital experience is designed to connect visitors quickly and easily to other resources within the museum and enable them to obtain information on artifacts beyond what can fit on an exhibition label. Three components make up the experience—a 16-by-12-foot interactive wall in the “Boeing Milestones of Flight Hall,” a mobile app and a redesigned museum website. Whether onsite or online, users can use the technology to designate “favorite” artifacts, allowing them to design personalized tours of the museum and explore little-known connections with other items in the collection. Users will also have the opportunity to follow topics of their choice and receive regular notifications when new material on those subjects becomes available. A key component of the experience is the ability for users to share their own stories within the app and on the website.

GO FLIGHT will launch July 1 with the reopening of the “Boeing Milestones of Flight Hall.” Follow updates about “Milestones” on social media using #airandspace40 and #MilestonesofFlight.

The National Air and Space Museum building on the National Mall in Washington, D.C., is located at Sixth Street and Independence Avenue S.W. The museum’s Steven F. Udvar-Hazy Center, which opened in 2003, is located in Chantilly, Va., near Washington Dulles International Airport. Both facilities are open daily from 10 a.m. until 5:30 p.m. (closed Dec. 25). Admission is free, but there is a $15 fee for parking at the Udvar-Hazy Center.