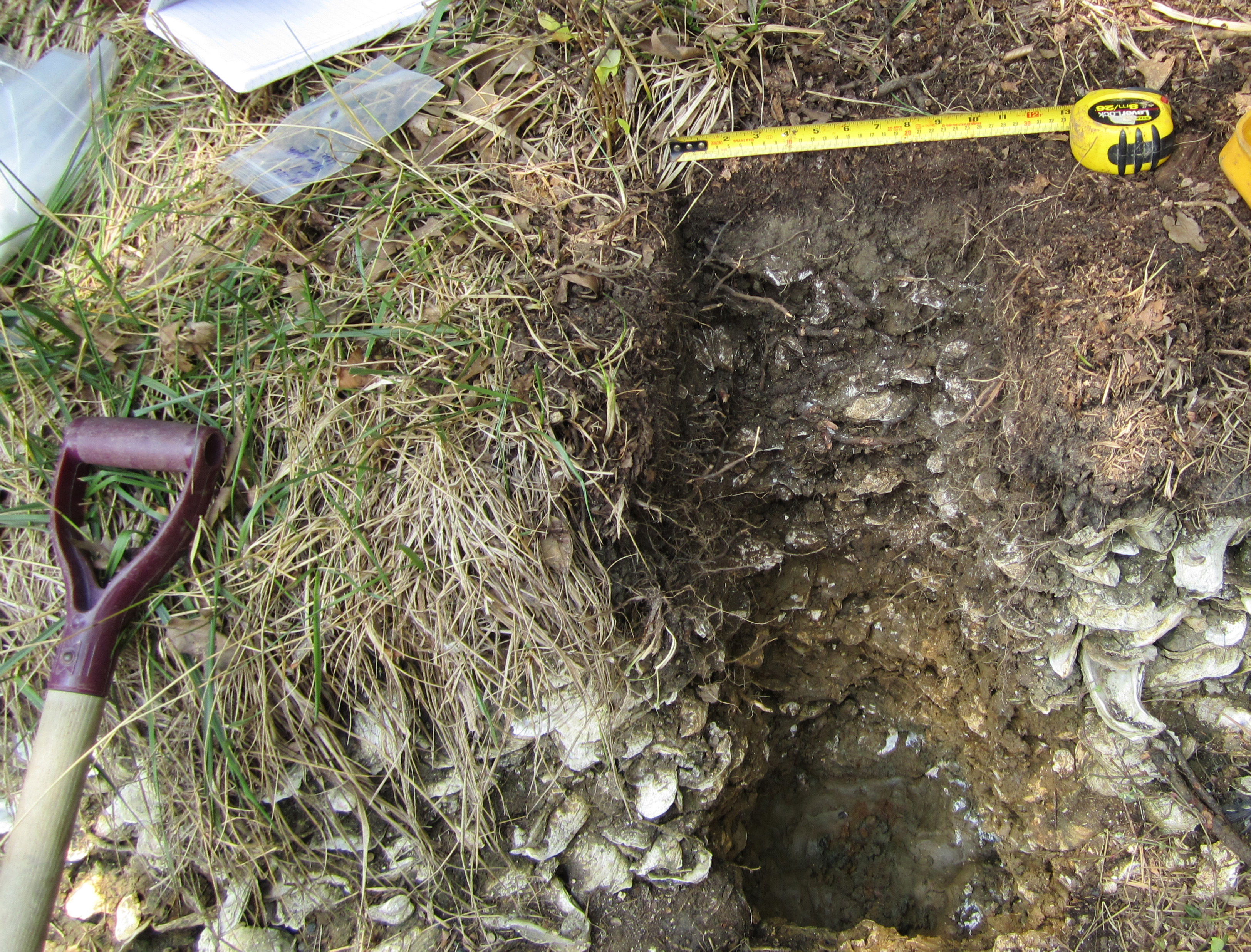 More than 3,000 years ago, Native Americans dined on shellfish from the Chesapeake Bay, and the leftovers from those feasts are still benefiting modern-day forests according to a new study from the Smithsonian Environmental Research Center in Edgewater, Md.

Native Americans inhabited the Chesapeake Bay area more than 13,000 years before the first Europeans dropped anchor. During the Woodland period (3,200 to 400 years ago), they ate eastern oysters and threw the shells, along with animal bones, pottery and other shellfish remains, into trash piles called shell middens. Those piles enriched the soil with nutrients, promoting hot spots of native diversity along the Chesapeake shoreline.

“These middens look like patches of grasses and flowers scattered throughout the forest,” said Susan Cook-Patton, lead author and postdoctoral fellow at SERC. “It isn’t until you dig through the soil and find shell fragments that you realize that you are looking at the remains of a meal eaten hundreds to thousands of years ago.”

Cook-Patton and the other researchers analyzed 10 midden sites along the Rhode River on SERC’s campus, ranging from roughly 200 to up to 3,250 years old. They paired each midden with a control site no more than 15 meters away, with the same slope and elevation as its respective midden. They took soil cores to measure soil nutrients, and assessed the diversity and percent cover of native and nonnative plants on each site.

The work, published April 24 in Landscape Ecology, found that midden soils had almost 45 times more calcium and 6.7 times more nitrate than non-midden soils. Earlier research hypothesized that higher nutrients would make midden sites more vulnerable to invasion. But in the Chesapeake, Cook-Patton’s team discovered the opposite pattern: Nonnative species were rare on and off middens, but native cover increased on middens. The extra calcium in the soil helped species to thrive in places where they usually grow poorly. Midden soils also harbored a higher diversity of plant life. In total, 29 species (almost one-third of the plants) grew only on the middens, compared to nine that grew only on off-midden sites.

“This work is an important contribution to our understanding of how humans can influence their environments over centuries, millennia or more,” said Torben Rick, a co-author of the paper and anthropologist at the Smithsonian’s National Museum of Natural History. “It also demonstrates the value of interdisciplinary research, in this case the integration of terrestrial ecology, botany and archaeology.”

Cornell University also contributed to the research. For a full copy of the paper, images or to speak with the authors, contact Kristen Minogue at minoguek@si.edu or 314-605-4315.