2,600 Years of World History in One Iconic Object 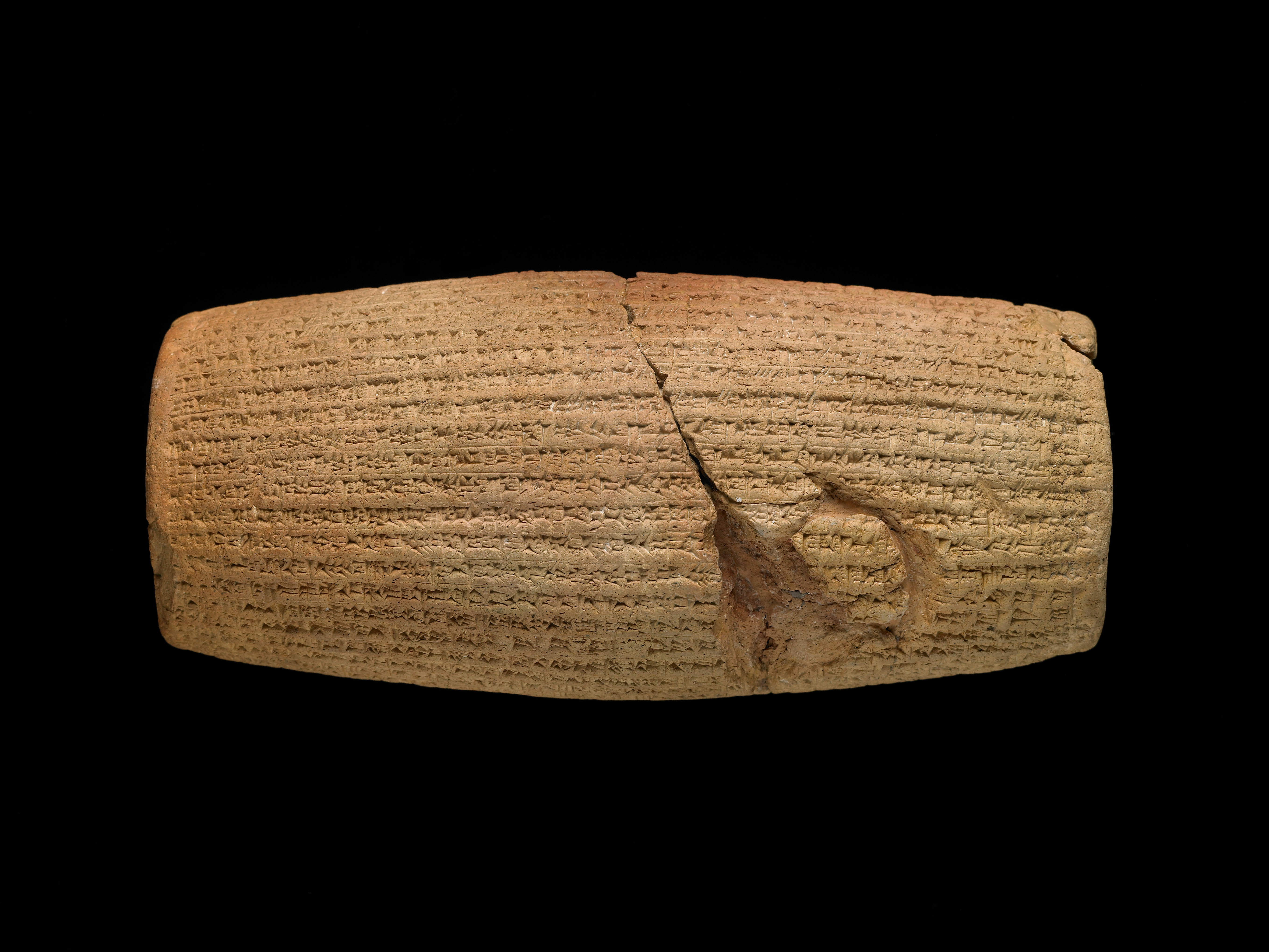 The Cyrus Cylinder, sometimes referred to as the first “bill of human rights,” traces its origins to the Persian king Cyrus the Great’s conquest of Babylon in the sixth century B.C. Almost 2,600 years later, its remarkable legacy continues to shape contemporary political debates, cultural rhetoric and philosophy.

One of the most celebrated objects in world history makes its U.S. debut March 9 when “The Cyrus Cylinder and Ancient Persia” opens at the Arthur M. Sackler Gallery. On loan from the British Museum, the Cylinder will be on view at the Sackler through April 28, travelling afterwards to Houston, New York, San Francisco and Los Angeles.

“You could almost say that the Cyrus Cylinder is a history of the Middle East in one object, creating a link to a past that we all share and to a key moment in history that has shaped the world around us,” said Neil MacGregor, director of the British Museum. “Objects are uniquely able to speak across time and space, and this object must be shared as widely as possible.”

The Cylinder—a football-sized, barrel-shaped clay object covered in Babylonian cuneiform, one of the earliest written languages—announced Cyrus’ victory and his intention to allow freedom of worship to communities displaced by the defeated ruler Nabonidus. At the time, such declarations were not uncommon, but Cyrus’ was unique in its nature and scope. When contextualized with other contemporary sources, such as the Bible’s Book of Ezra, it becomes evident that Cyrus allowed displaced Jews to return to Jerusalem.

“One of the goals of this exhibition is to encourage us to reflect that relations between Persians and Jews have not always been marked by the discord that disfigures the political map of the Near East today,” said Julian Raby, The Dame Jillian Sackler Director of the Arthur M. Sackler Gallery and the Freer Gallery of Art. “Cyrus was the very image of a virtuous rule¬—inspiring leaders from Alexander the Great to Thomas Jefferson—so it is apt that the first time it will be seen in the West is in Washington, D.C.”

Under Cyrus (ca. 580–530 B.C.), the Persian Empire became the largest and most diverse the world had known to that point. Subsequent generations of rulers considered it to be the ideal example of unified governance across multiple cultures, languages and vast distances. Cyrus’ declarations of tolerance, justice and religious freedom provided inspiration for generations of philosophers and policymakers, from Ancient Greece to the Renaissance, and from the Founding Fathers to modern-day Iran, so much so that a copy now resides in the United Nations’ headquarters in New York.

The message of the Cylinder and the larger legacy of Cyrus’ leadership have been appropriated and reinterpreted over millenia, beginning with its creators. The Babylonian scribe who engraved the Cylinder attributed Cyrus’ victory to the Babylonian god Marduk, a stroke of what could be considered royal and religious propaganda. In the fourth century B.C., the Greek historian Xenophon wrote Cyropaedia, a text that romanticizes the philosophies and education of Cyrus as the ideal ruler, which greatly influenced both Alexander the Great and, much later, Thomas Jefferson in his creation of the Declaration of Independence.

When the Cylinder was rediscovered in 1879, it immediately entered the fray of public debate as invaluable proof of the historical veracity of events described in biblical scripture. In the early 20th century, supporters of the creation of the state of Israel compared the actions of British King George V to those of Cyrus, allowing Jews to return to Jerusalem. When the Cylinder was loaned to Iran in 2010, it was viewed by more than 1 million people, one of the most visited exhibitions in the country’s history.

“The Cyrus Cylinder and Ancient Persia” includes related objects that highlight some of the artistic, cultural and historical achievements of the Achaemenid Empire (550–330 B.C.) of Iran, such as architectural fragments, finely carved seals and luxury objects from the Oxus Treasure. Curated by John Curtis, Keeper of Special Middle East Projects at the British Museum, the show will travel to the Museum of Fine Arts in Houston, the Metropolitan Museum of Art in New York, the Asian Art Museum in San Francisco and the J. Paul Getty Museum at the Getty Villa in Los Angeles through October.

The exhibition is organized by the British Museum in partnership with the Iran Heritage Foundation and the Arthur M. Sackler Gallery, Smithsonian Institution, and is supported by an indemnity from the Federal Council on the Arts and the Humanities. Additional support for the Sackler’s presentation is provided by the Leon Levy Foundation, the Ebrahimi Family Foundation and the Foundation for Iranian Studies.