1620 Display at National Museum of American History Asks “Where Do We Begin?” 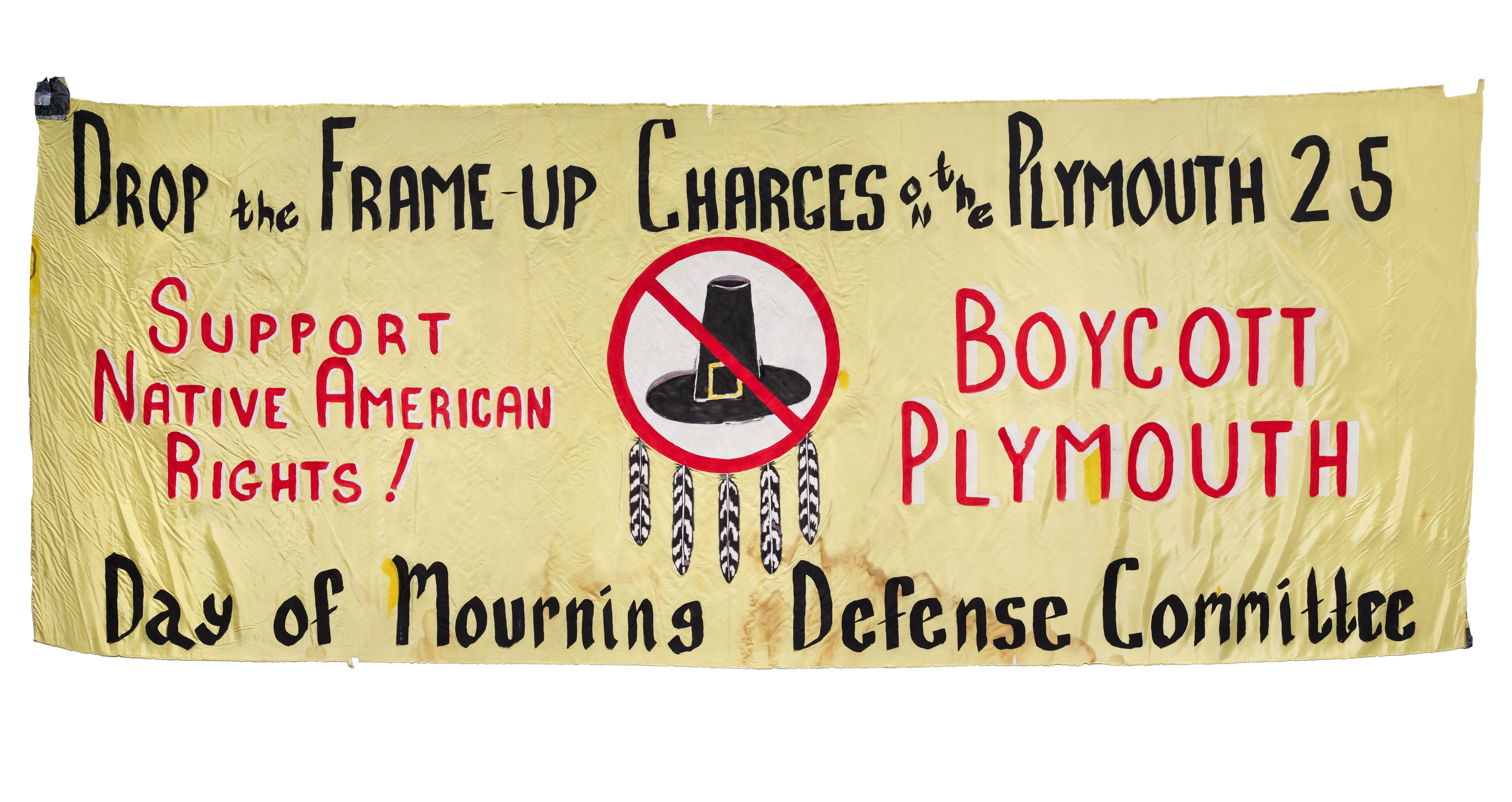 The founding events of what became the United States are often told as a story of harmony between European Pilgrims and Native Americans, but historic evidence proves this narrative is more complicated. “Upending 1620: Where Do We Begin?,” a new exhibit on view at the Smithsonian’s National Museum of American History, presents a more complete history of the Wampanoag people who encountered the Pilgrims and reveals their persistent efforts to have that history heard. Open through July 2022, this display allows visitors to explore myths that have informed understandings of both the colonists and Native Americans for centuries, including the Wampanoag who lived around the town now called Plymouth, Massachusetts.

For instance, visitors can see evidence of the origins and evolution of calling the colonists “Pilgrims,” the evolution of Thanksgiving and the emergence of the National Day of Mourning, a protest first organized by Indigenous Americans in 1970 to honor their ancestors, tell a more complete history, and continue their strive for equality. A large yellow banner from a march during the 1998 commemoration hangs prominently within the case, providing insight into this alternative way to mark the American Thanksgiving holiday.

“We were moved by the opportunity to work with Indigenous community partners to share their history with our visitors in order to offer a more complete picture of early American history, including how widespread ideas and imagery about the Pilgrims and the ‘first’ Thanksgiving were created hundreds of years after the fact,” said Kenneth Cohen, museum curator. “We bring forward different types of evidence, including objects, images and documents, so that audiences can gain a better understanding of how and why this story got remade, largely in the 1800s.”

Just over 400 years ago, a number of historic events pertaining to this display occurred, including the Mayflower’s arrival, the signing of a 1621 peace treaty between the Wampanoags and the colonists and a celebratory feast later that fall. The colonists landed at what is now known as the town of Plymouth, a location that is cemented in many minds as the birthplace of the United States and central to its founding events. In “Upending 1620,” the museum urges audiences to reexamine these stories without reducing their importance in American history. Fragments from Plymouth Rock are on display, juxtaposed with artifacts from the Wampanoag community, questioning the stone’s role in the Plymouth’s landing and challenging visitors’ preconceptions.

Another featured object is an English family chest that traveled across the Atlantic Ocean with a prospective settler of the New World. As the family did not belong to the Pilgrims’ religious sect, the chest demonstrates that not every passenger aboard the Mayflower was fleeing religious persecution. The chest’s later travels across the continent to California follow the westward expansion of the United States and illustrate the value of ancestral connections that are shared by both European and Native Americans. Additional artifacts of Indigenous peoples, such as a Wampanoag basket and handmade Narragansett drum, challenge perceptions about the role of Native Americans in the region before, during and after Europeans settled the area.

The case design flows across the surrounding walls with undulating lines inspired by topographic maps, and it features bold yellow lettering echoing the color of the Day of Mourning banner. This bilingual (English/Spanish) display encourages audiences to distinguish between historical events and the memories that get made about them later.

Education materials related to “Upending 1620” are available online at the Smithsonian’s Learning Lab and the exhibit’s page.

Through incomparable collections, rigorous research and dynamic public outreach, the National Museum of American History seeks to empower people to create a more just and compassionate future by examining, preserving and sharing the complexity of our past. The museum, located on Constitution Avenue N.W., between 12th and 14th streets, is open Friday through Tuesday between 10 a.m. and 5:30 p.m. Admission is free. The doors of the museum are always open online and the virtual museum continues to expand with offerings, including online exhibitions, K–12 educational materials and programs. The public can follow the museum on social media on Twitter, Instagram and Facebook. For more information, go to https://americanhistory.si.edu. For Smithsonian information, the public may call (202) 633-1000.