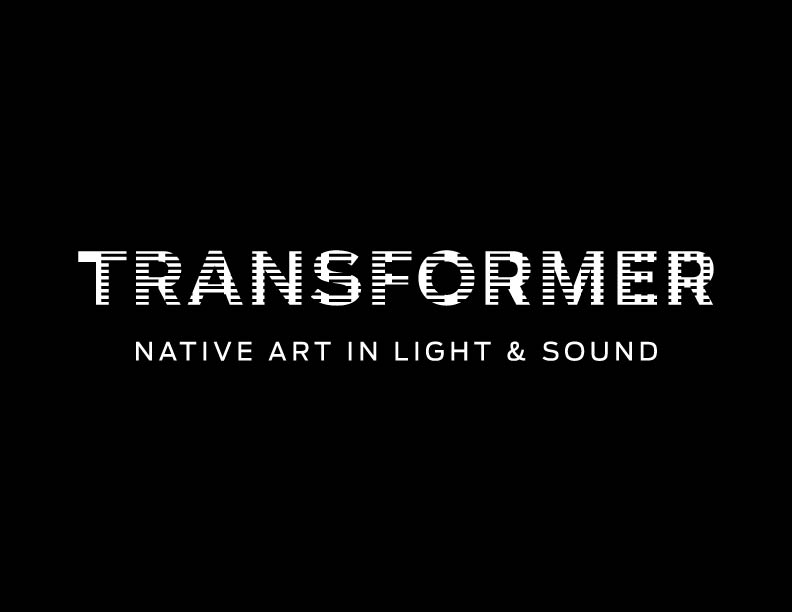 Through video projection, innovative sound technology, interactive digital media, performance, and installation, “Transformer” presents the work of 10 artists who reflect on their place in and between traditional and dominant cultures, demonstrating the continuity of Indigenous cultures and creativity in the digital age.

“Aosamia’jij—Too Much Too Little” (Bennett, 2017): The stories told in the installation are inspired by photographs of Joe “Amite” Jeddore, a member of the Mi’kmaq community living on Samiajij Miawpukek Reserve (Conne River), Newfoundland, in the 1930s. The images, taken by anthropologist Frederick Johnson, were selected from the museum’s collection. The soundscape includes ambient sounds of the landscape today and the voices of Jeddore family descendants and Mi’kmaq community members from the artist’s home in Bay St. George (Nujio’qoniik).

“Still Life, #3” (Chacon, 2016): The Diné creation story describes continual movement from one distinct world to another, each defined by light and color. The sound of a voice reciting the story palpably moves within this gallery, like a physical presence, as the glowing light shifts through the four sacred colors, from white (dawn) to blue (midday) to yellow (dusk) to black/red (night). This multisensory installation transforms both the space and the story into an ephemeral and otherworldly experience.

“Four Generations” (Corbett, 2015): These four digital portraits of the artist, his grandmother, father and son begin with a single pixel that is then followed by another and another in a spiral composition. Pixels are typically arranged in straight lines and grids. The portraits combine computing conventions with indigenous concepts: pixels as beads; a spiral instead of a grid. The spiral represents indigenous concepts of time and the connection between generations.

“Ga.ni.tha” (Ernest and Mashburn, 2013): This ethereal and captivating two-channel video explores the idea of chaos and disorder, or ga.ni.tha in Osage, as a source of power and purpose. This idea of duality, expressed in the destructive yet generative power of wildfire in the Oklahoma grasslands, inspired this work that transforms conventional landscapes into beautiful, disorienting patterns. It explores a holistic understanding of the universe that encompasses culture and more particularly the transfer of knowledge through ritual motions such as finger weaving.

“Raven Brings the Light” (Foster, 2011): This installation imitates shadow play an adult might perform with hands and a flashlight for a child on a camping trip. It references the Haida story of Raven who brings daylight to his dark world by transforming himself into a boy and tricking his grandfather into releasing the light. The commercial nylon tent suggests society’s dependence on technology and inability to experience the natural world directly. The store-bought materials are indigenized as a site of cultural transmission by the play of light and sound.

“Tsu Heidei Shugaxtutaan (We will again open this container of wisdom that has been left in our care), 1 and 2” (Galanin, 2006): This two-part video both surprises and challenges viewers to rethink their ideas about our cultural responsibility to maintain or adapt tradition. David “Elsewhere” Bernal, a non-Native contemporary dancer, improvises an eclectic, organic dance to a lone male voice singing a traditional Tlingit song. Dan Littlefield, a traditional Tlingit dancer, performs a Raven dance in Tlingit regalia to the rhythms of an electronic music soundtrack in front of an elaborately carved wooden screen.

“Father, Son, Holy Ghost” (McKenzie, 2015): The imposition and adoption of Christianity among Native people is longstanding and this work raises thorny questions about the co-existence of such different belief systems. Many struggle with those elements of tribal spirituality that are at odds with organized religions. The plastic skulls and neon lights presented in the European devotional format of a three-panel altarpiece hint that Christianity and “civilizing” efforts can remove Native people from traditional sites of spirituality.

“Our future is in the land: if we listen to it” (Nagam, 2017): This immersive installation surrounds us with the silhouettes of aspen parkland forest, ambient nature sounds and the voices of people telling stories about the animals who move among the trees. It is possible to be in nature and not register the wealth of feeling and meaning embedded there. This work attempts to give visitors a sense of the parkland from an indigenous worldview, one in which everything is interconnected, where time loops and spirals.

“The Harbinger of Catastrophe” (Nicolson, 2017): Nicolson’s glass box acts as a metaphor for a house and the land while the shadow imagery, slowly flooding and receding from the gallery walls, refers to humanity’s tenuous relationship to the environment and vulnerability to global warming and floods. The glass is shaped with the same contours of a traditional carved-and-painted bentwood box, a centuries-old design created and used by several nations in the Pacific Northwest; the pulsing movement of light projected from it invokes the performative movements found in indigenous ceremony.

“Manifestipi” (2016) is a multimedia installation consisting of several futuristic tipis that communicate with each other through color, sound and light. A ghostly soundscape and video projection envelop the tipi structures, evoking the ever-intangible past, present and future. It is conceived by the ITWÉ Collective, a trans-disciplinary art collective dedicated to research, creation, production and education in the field of Aboriginal digital culture, based in Winnipeg and Montréal and composed of Sébastien Aubin (Cree/Métis), Kevin Lee Burton (Swampy Cree) and Caroline Monnet (Anishnabe/French). “Manifestipi” will be on view Saturday, Feb. 3, 2018, through Sunday, March 25, 2018, in the museum’s Diker Pavilion for Native Arts and Cultures.

“Transformer: Native Art in Light and Sound” and related programming are made possible through the generous support of the members of the New York Board of Directors of the National Museum of the American Indian, Ameriprise Financial, and Con Edison.

"Transformer: Native Art in Light and Sound"
Media Kit
Back to Top