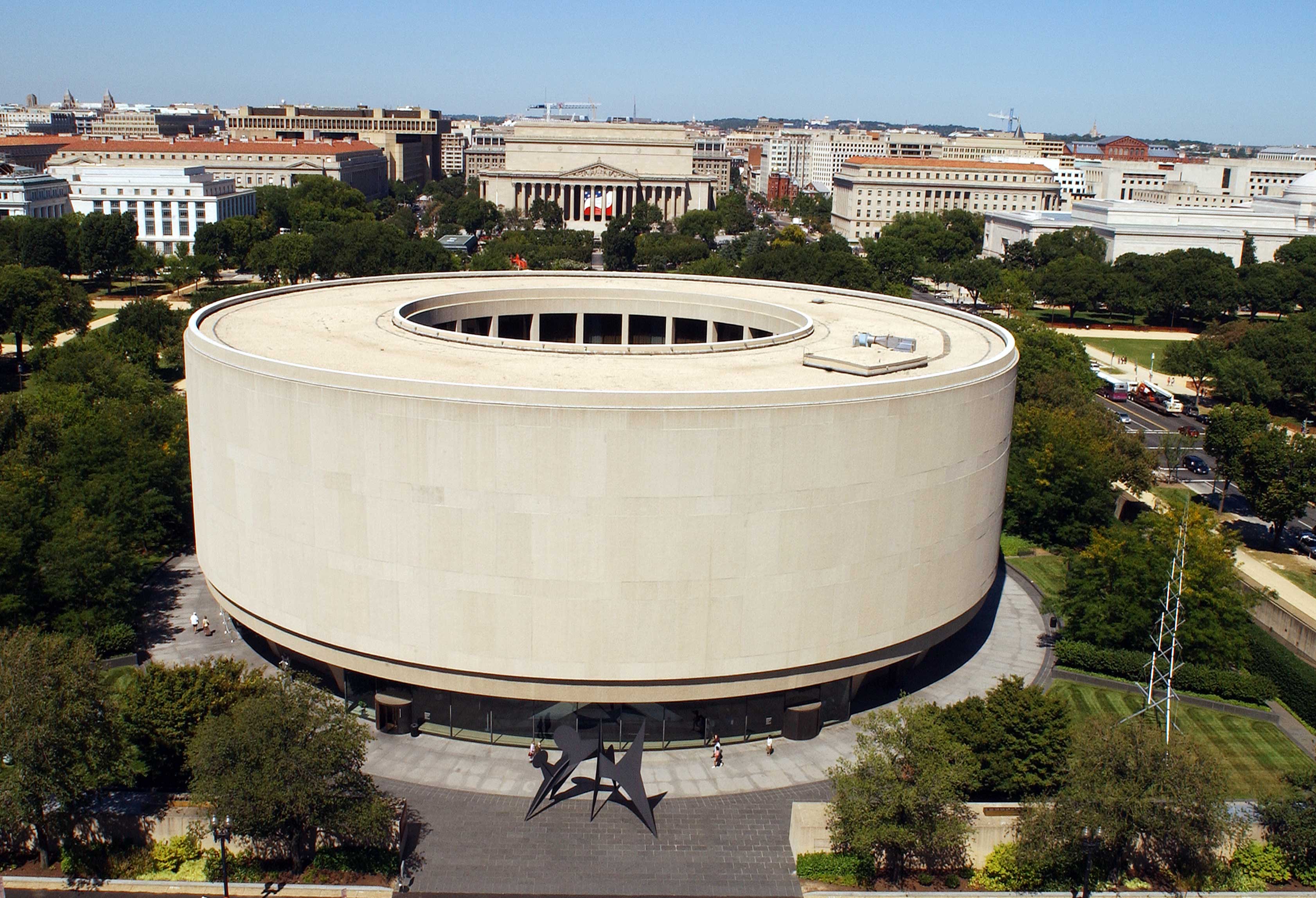 The Hirshhorn Museum and Sculpture Garden is the national museum of modern and contemporary art and one of the world’s leading voices for 21st-century art and culture. Located on the National Mall in Washington, D.C., the Hirshhorn is one of 19 Smithsonian museums. The museum opened Oct. 1, 1974, as a result of the efforts and generosity of American entrepreneur and philanthropist Joseph H. Hirshhorn (1899–1981), who donated his collection to the Smithsonian in 1966. Known for its striking Gordon Bunshaft-designed architecture, the museum has 60,000 square feet of exhibition space inside its elevated circular building and nearly 4 acres outside in its multilevel Sculpture Garden and Plaza.

The permanent collection of roughly 12,000 artworks includes pieces by leading artists from the late 19th century to the present day and comprises paintings, sculptures, photographs, mixed‑media installations, works on paper and new media works. The Hirshhorn has one of the most comprehensive collections of modern sculpture in the world, with many examples on view indoors and in the Sculpture Garden.

The museum is open daily (except Dec. 25) from 10 a.m. to 5:30 p.m. The Plaza and Sculpture Garden open at 7:30 a.m., with the Plaza closing at 5:30 p.m. and the Sculpture Garden closing at dusk. The Hirshhorn is located along the south side of the National Mall, at Independence Avenue and Seventh Street S.W. The museum entrance is on Independence Avenue and the Sculpture Garden may be accessed from the Mall and Jefferson Drive. The nearest Metrorail stop is L’Enfant Plaza on the Green, Yellow, Blue and Orange lines (Maryland Avenue exit).