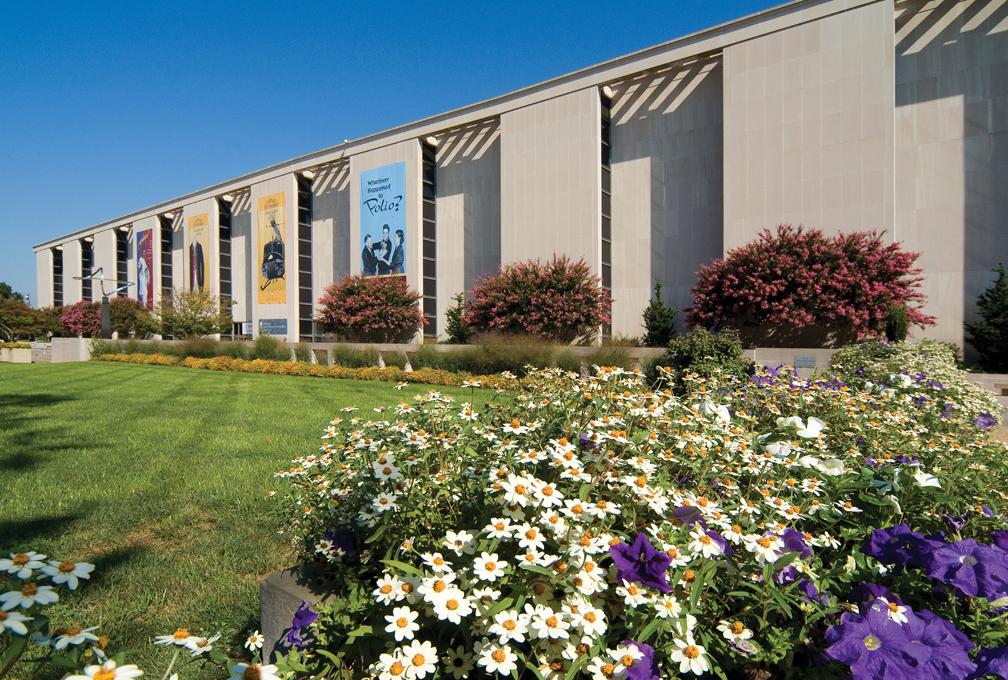 The museum began renovating the 120,000-square-foot west wing of its 53-year-old McKim, Mead and White-designed building in 2012. Each floor has a central theme: The first floor focuses on innovation and opened in 2015. The second floor, with 30,000 square feet of exhibition and program space, explores the founding principles of the nation and how they have evolved over time; it opened summer 2017. Cost for the full renovation, including exhibitions, programs and endowed positions is $58 million in federal funds, with an additional $100 million raised through private support from corporations, associations, individuals and foundations. In 2008, the museum completed a two-year, $85 million renovation of the building’s center core, transforming the museum’s architectural appeal.

The museum is responsible for the acquisition, care and preservation of more than 1.8 million objects and 3 shelf-miles of archival collections, representing the nation’s heritage in the areas of science, technology, society and culture. The collections include the Star-Spangled Banner, First Ladies gowns, a Samuel Morse telegraph, locomotives, tools, Dorothy’s Ruby Slippers, an Alexander Graham Bell telephone, flags, American-made quilts, Muhammad Ali’s boxing gloves, Duke Ellington’s sheet music and presidential artifacts. The museum is participating in the Smithsonian American Women’s History Initiative with new exhibitions and collecting.

American Democracy: The Great Leap of Faith: This exhibition explores the history of citizen participation, debate and compromise from the nation’s formation through today. Covering the American past from the Revolution to the present, this exhibition will trace the unfolding of this American experiment through the museum’s national treasures and representative artifacts to examine our founding political principles, including democracy, freedom and equality.

American Enterprise: This exhibition tells the story of the nation’s business, centering on themes of opportunity, innovation, competition and the search for common good in the American marketplace.

America on the Move: This 26,000-square-foot exhibition features more than 300 artifacts—from the 1903 Winton that was the first car to traverse the United States to the 199-ton, 92-foot-long “1401” locomotive—showcased in period settings.

FOOD: Transforming the American Table: This exhibition explores how new technologies and various social and cultural shifts in the second half of the 20th century influenced major changes in food, wine and eating in America.

Many Voices, One Nation: This exhibition takes visitors on a chronological and thematic journey that maps the cultural geography of the unique and complex stories that animate the Latin emblem on the country’s Great Seal and its national ideal: E pluribus Unum, Out of many, one.

Price of Freedom: Americans at War: A survey of the U.S. military history from the Colonial era to the present, this 18,000-square-foot exhibition explores ways that wars have been defining episodes in American history. The American Revolution-era Gunboat Philadelphia is also on display on the third floor.

Ruby Slippers and American Culture Displays: The Ruby Slippers return to view as one of eight installations displaying American history through culture, entertainment and the arts. Other artifacts on view include New York Yankee Stadium ticket booth, jazz and classical instruments, a video game wall and cases for new acquisitions. A stained-glass window from the Victor Company’s headquarters in Camden, New Jersey, featuring “Nipper,” the iconic dog listening to his master’s recorded voice, is the culture floor’s landmark object.

The American Presidency: This exhibition explores the personal, public, ceremonial and executive actions of the 44 men who have had a huge impact on the course of history in the past 200 years.

The First Ladies: This exhibition looks at the ways first ladies have shaped their role as the role of women in society evolved. This display features more than two dozen gowns, including those of Michelle Obama, Barbara Bush, Nancy Reagan and Jacqueline Kennedy.

Star-Spangled Banner: An abstract flag, 40 feet long and up to 19 feet high, soars above the entrance to the Star-Spangled Banner gallery. Inside, the 30-by-34-foot wool-and-cotton flag that inspired the national anthem is displayed in a setting with floor-to-ceiling glass windows, designed to evoke the “dawn’s early light.”

Wegmans Wonderplace: This is the first gallery on the National Mall designed for children 0 to 6 The gallery features more than 100 objects and six sections each of play-based interdisciplinary experiences, combining artifact displays with fun hands-on activities to engage young children and their families.

The museum has an innovative digital outreach program. From its websites to its blog and social-networking presence, millions of visitors experience the museum on-screen. Digital interaction has become increasingly integral to the museum’s outreach activities and its educational goals.

Through incomparable collections, rigorous research and dynamic public outreach, the National Museum of American History explores the infinite richness and complexity of American history. The museum helps people understand the past in order to make sense of the present and shape a more informed future. For more information, visit http://americanhistory.si.edu. The museum is located at 14th Street and Constitution Avenue N.W., and is open daily from 10 a.m. to 5:30 p.m. (closed Dec. 25). Admission is free. For Smithsonian information, the public may call (202) 633-1000. 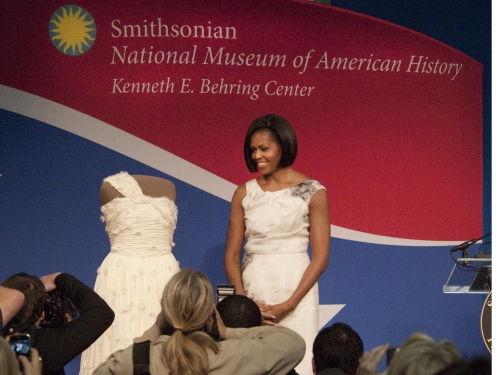