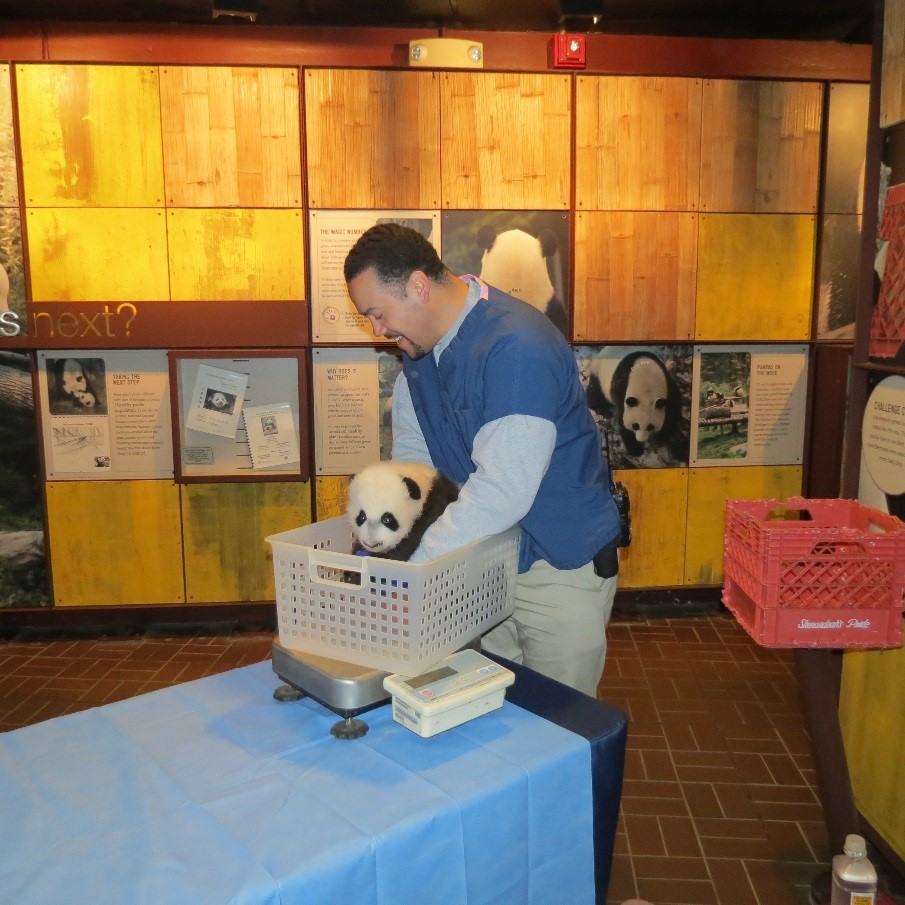 Below is an overview of developmental milestones for giant panda cubs and the specific dates Bei Bei (BAY-BAY) reached each milestone.

Aug. 28 to Sept. 15, 2015—Bei Bei relies on Mei Xiang (may-SHONG) to regulate his body temperature. (Female giant pandas help newborn cubs stay warm and forego eating and drinking to stay with their cubs. At a certain point, Mei Xiang begins to leave her den to eat and drink. This is a sign that the cub can stay warm on its own for short periods of time. Mei Xiang gradually spends more time away from the den as the cub grows.)