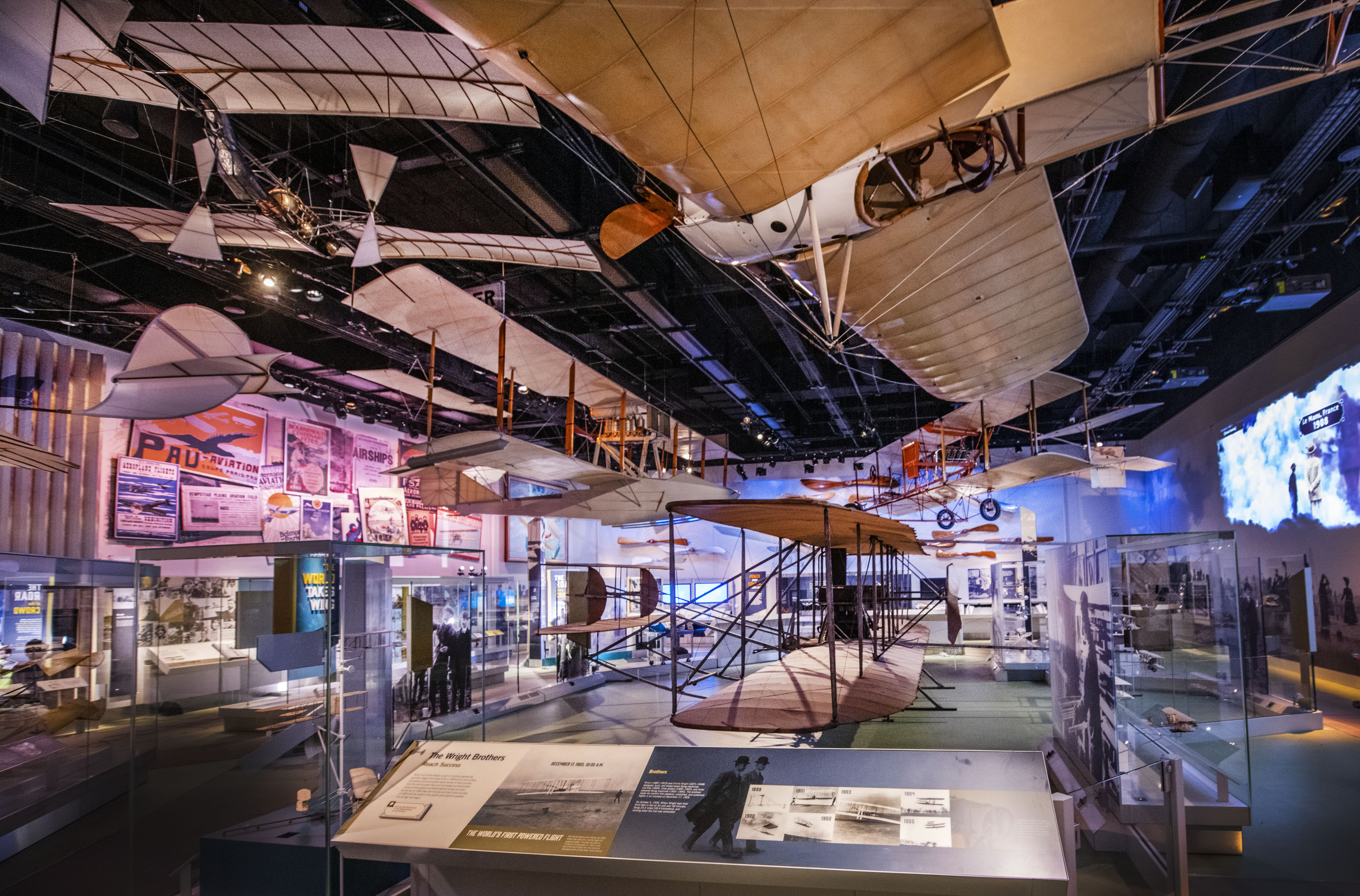 In one short decade, the airplane grew from an ancient dream into the reality of a machine that would shape the future. “Early Flight” will explore how, between the first flights at Kitty Hawk and the opening guns of World War I, the design and construction of aircraft and engines became a global industrial enterprise, which promised to exercise enormous impact on society, politics and culture in war and peace. Fueled by the excitement of the first air races, meets and exhibitions, a wave of public enthusiasm for aviation circled the globe. The men and women who flew ever higher, faster and farther emerged as the great heroes of the era. The stage was set for a new age shaped by the fact that humans can fly.

Christopher Moore
Christopher Moore curates the museum’s collection of aircraft armament—including guns, cannon, missiles and bombs—representing the technological history of the militarization of aircraft from WWI to the present. He also curates the Aeronautics Department’s model aircraft collection, including model aircraft propulsion. The collection, comprising more than 5,000 objects, documents the history of flight from models of the designs of pioneers such as Octave Chanute to models of the latest aircraft. Prior to joining the Smithsonian, he served as an officer in the U.S. Coast Guard. He was also a collections specialist with the National Museum of American History. At the museum, he has assisted with several gallery projects and is currently serving on three gallery teams. He is a member of the American Alliance of Museums, the League of WWI Aviation Historians and the Vintage Radio Control Society. He received his Bachelor of Arts in European history from the University of California, San Diego, and his Master of Arts in American history from George Mason University.

Tom Crouch
Tom Crouch, now curator emeritus, joined the Smithsonian in 1974 and has served both the National Air and Space Museum and the Smithsonian’s National Museum of American History in a variety of curatorial and administrative posts. Throughout his career, Crouch has played a major role in planning museum exhibitions. In addition to the exhibitions at the National Air and Space Museum, he was involved in planning exhibitions for the Neil Armstrong Museum, the Ohio Historical Center and the National Museum of American History. In 2000, President Bill Clinton appointed Crouch to the chairmanship of the First Flight Centennial Federal Advisory Board, an organization created to advise the Centennial of Flight Commission on activities planned to commemorate the 100th anniversary of powered flight. Prior to coming to the Smithsonian, he was employed by the Ohio Historical Society. Crouch holds a Bachelor of Arts (1962) from Ohio University, a Master of Arts (1968) from Miami University and a doctorate (1976) from the Ohio State University.