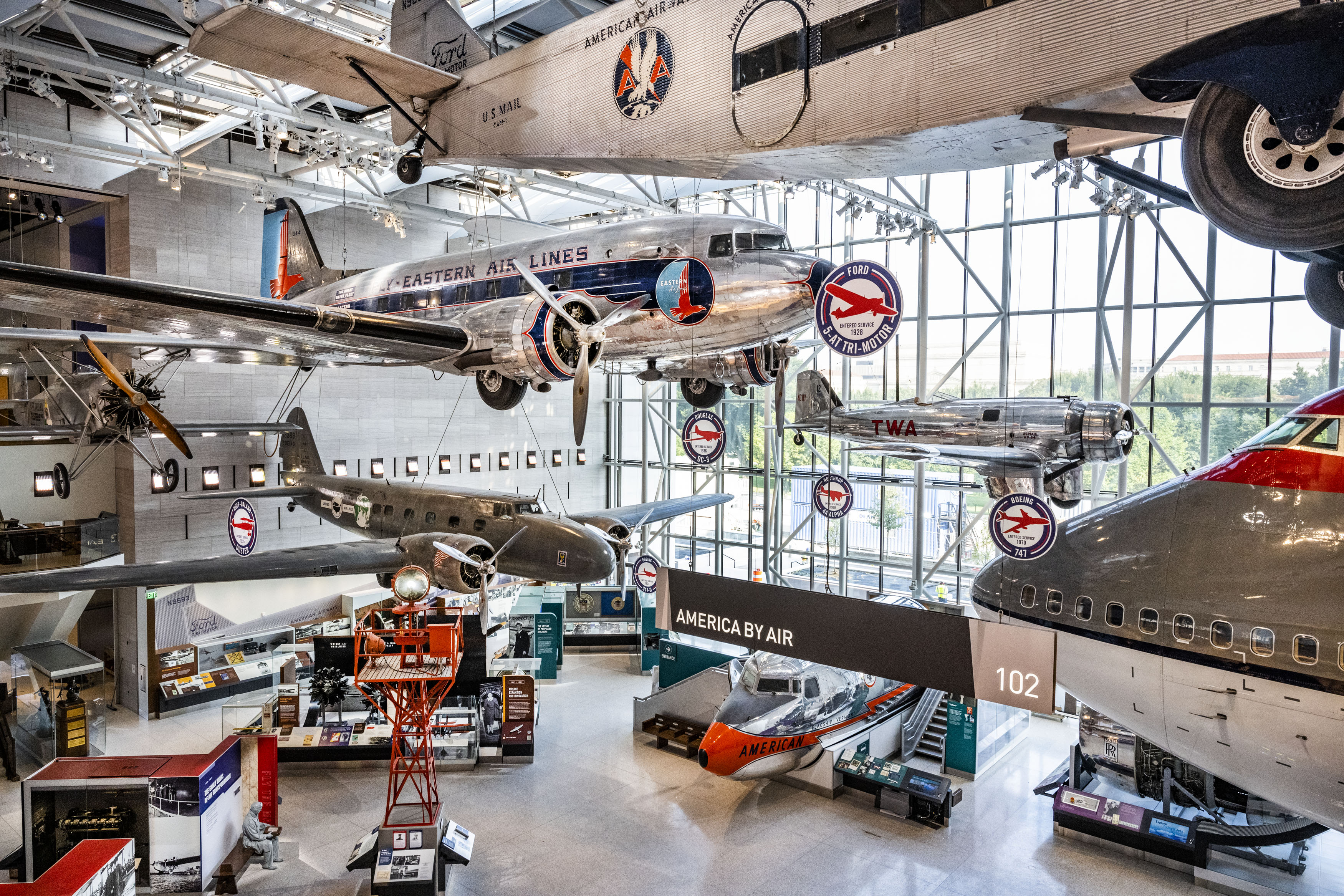 “America by Air” traces the history of air transportation in the United States. In the early 20th century, flying was new and daring, traveling by airplane was rare and the country had very few airports or airlines. But by century’s end, passengers could travel almost anywhere in the U.S. in hours. This reimagined version of the popular “America by Air” exhibition explores the origins of the airline industry, beginning with the U.S. Postal System following World War I through to the creation of jet propulsion, which changed the ease with which Americans traveled throughout the country and world. The exhibition also investigates how the commercial aviation field changed with more affordable travel for passengers and how diversity changed airline personnel.

F. Robert van der Linden is the curator of air transportation and special purpose aircraft and a supervisory curator in the Aeronautics Department. He served two four-year terms as department chair, from 2007 until 2015. He is the aeronautics curator for the Boeing Milestones of Flight Hall and served as the co-lead curator for that exhibit’s latest iteration. He is also the lead curator for the award-winning “America by Air” exhibit in the Hall of Air Transportation. van der Linden is a native of Washington, D.C. He holds a Bachelor of Arts in history from the University of Denver and a Master of Arts and doctorate in modern American, business, and military history from The George Washington University. He is a member of Phi Beta Kappa, the Phi Alpha Theta history honor society and the Society for the History of Technology. He has been with the Smithsonian since 1975, starting as a volunteer before his hiring in 1977.