The Mystery of the Megatherium Club

Help the Smithsonian solve a mystery the infamous Megatherium Club left behind for future explorers. Targeted at teens, this game allows you to spend an hour with your friends or family investigating the Castle, solving puzzles, and following clues hidden by these mischievous former inhabitants of the Castle! Must be 13 years or older.
Click here to sign up now! 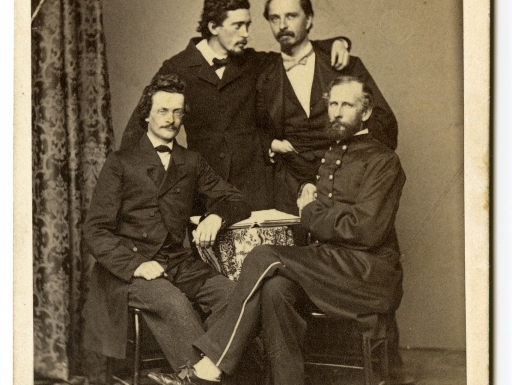 Many scientists lived in the Smithsonian Castle in its early years. These four young naturalists lived in the building and often collected for the Smithsonian on expeditions to new territories of the U.S. in the mid 1800s, and then lived in the Castle while they cataloged their specimen. Pictured clockwise from upper left are Robert Kennicott, Henry Ulke, Henry Bryant and William Stimpson. They dubbed themselves the "Megatherium Club" after an extinct giant sloth that had been recently discovered. 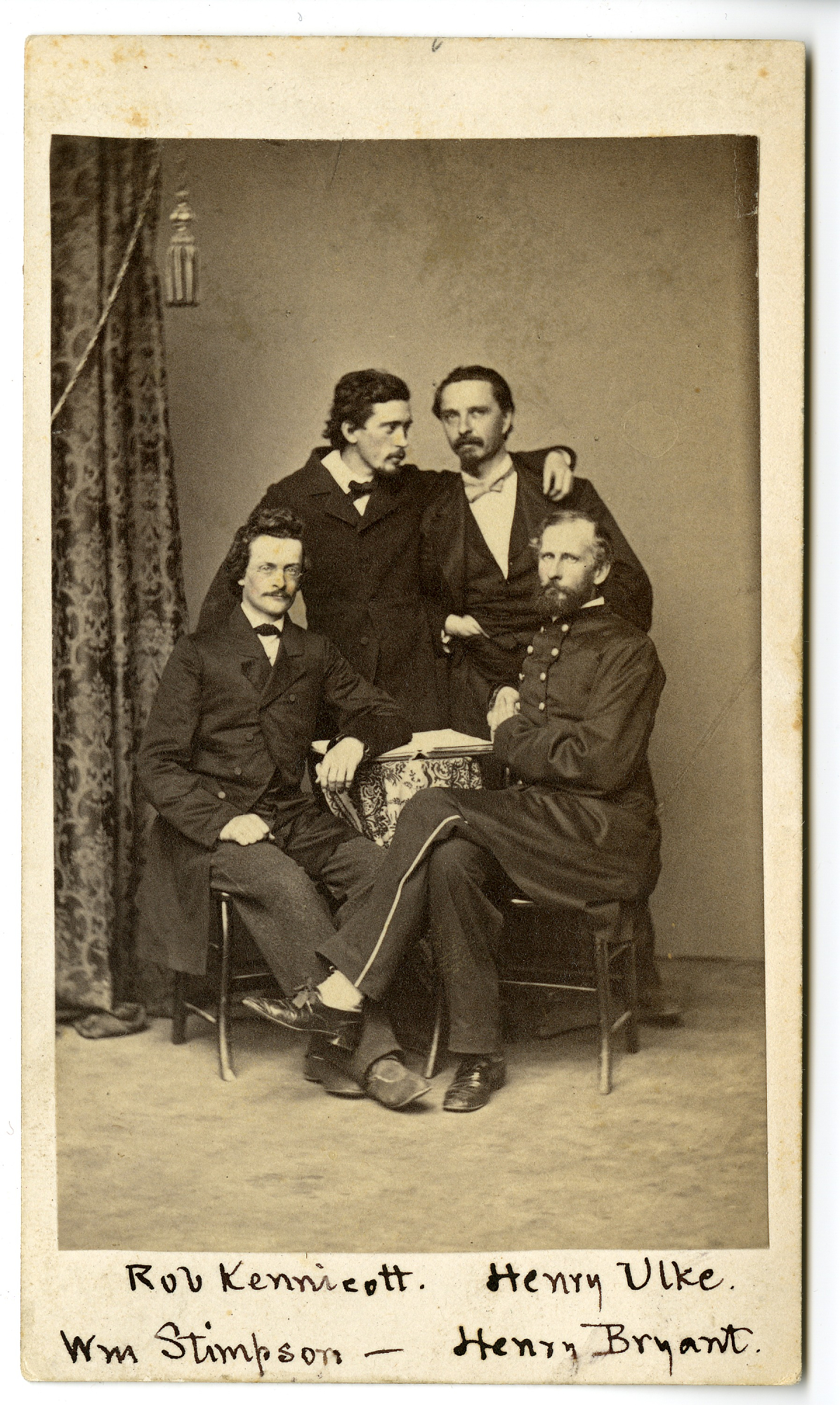