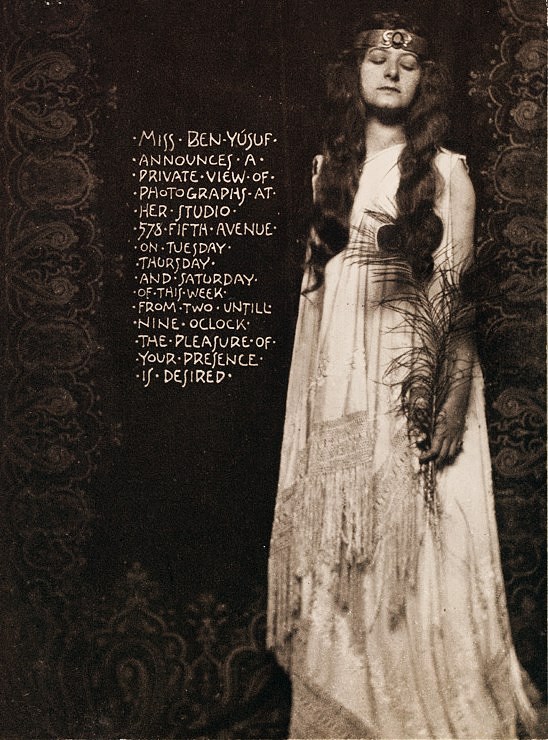 This is the first exhibition to tell the story of photographer Zaida Ben-Yusuf's (1869-1933) extraordinary life and bring together 56 of her portraits. In these images she sought not only to portray the key figures in "new New York," but also to revitalize an artistic genre that had grown stale by the end of the 19th century. An important figure in the pictorialist photography movement in late 19th- and early 20th-century New York, she was the first woman to embark on building a "gallery of illustrious Americans" and attracted to her Fifth Avenue studio many of the most prominent artistic, literary, theatrical, and political figures of her day.