A Song for the Horse Nation 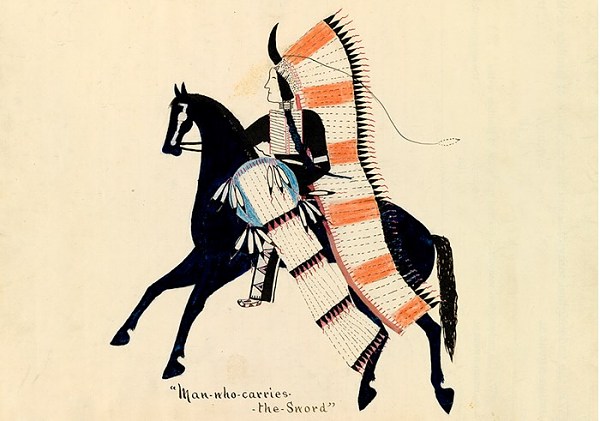 This exhibition presents the epic story of the horse's influence on American Indian tribes from the 1600s to the present. It features 112 works from the museum's collection to reveal how horses shaped the social, economic, cultural, and spiritual foundations of American Indian life, particularly on the Great Plains. Highlights include historical ledger drawings, beaded bags, hide robes, and paintings, including new works by contemporary Native artists. Also on view are a Hunkpapa Lakota winter count by Long Soldier (c. 1902) that depicts the horse's first appearance in the community; a 16-foot-tall, hand-painted, 19th-century Sioux tipi depicting battle and horse-raiding scenes; a life-size mannequin of a horse in fully beaded regalia; and Geronimo's and Chief Joseph's rifles.

Based on the museum's publication A Song for the Horse Nation: Horses in Native American Cultures, edited by George P. Horse Capture and Emil Her Many Horses (2006)