Separate Is Not Equal: Brown v. Board of Education 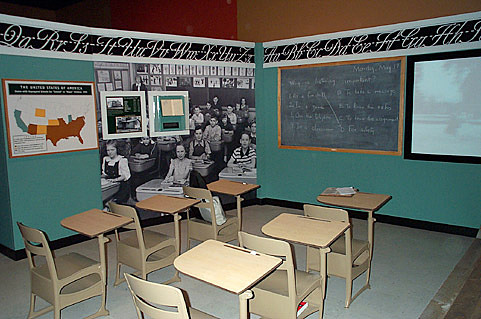 This exhibition celebrates the 50-year anniversary of the Supreme Court's landmark decision that ended segregation in public schools, and reviews and examines its legacy through personal stories and artifacts. On May 17, 1954, the Supreme Court unanimously declared that "separate educational facilities are inherently unequal" and that they violate the 14th Amendment to the United States Constitution, which guarantees all citizens "equal protection of the laws."