The Scurlock Studio and Black Washington: Picturing the Promise 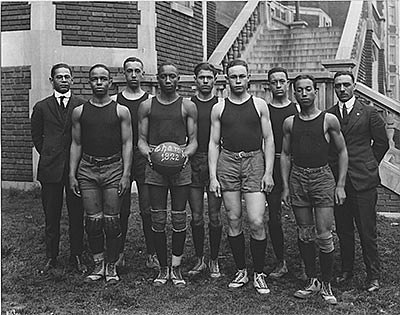 Nearly a century's worth of photographs from the Scurlock Studio,which operated from 1911-1994, form a vivid portrait of black Washington, D.C., in all its guises—its challenges and its victories, its dignity and its determination. The exhibition features more than 100 images created by one of the premiere African American studios in the country and one of the longest-running black businesses in Washington. Highlights include cameras and equipment from the studio and period artifacts from Washington.

Beginning of the early 20th century and continuing into the early 1990s, Addison Scurlock (1883-1964), followed by his sons, Robert (1916-1994) and George (1919-2005), used their cameras to document and celebrate a community unique in the world. They captured weddings, baptisms, graduations, sporting events, civil protests, high-society affairs, and visiting dignitaries. It was for portraiture, however, that the Scurlocks became renowned; they continue to be recognized today by scholars and artists as among the very best of 20th-century photographers who recorded the rapid changes in African American urban communities nationwide.