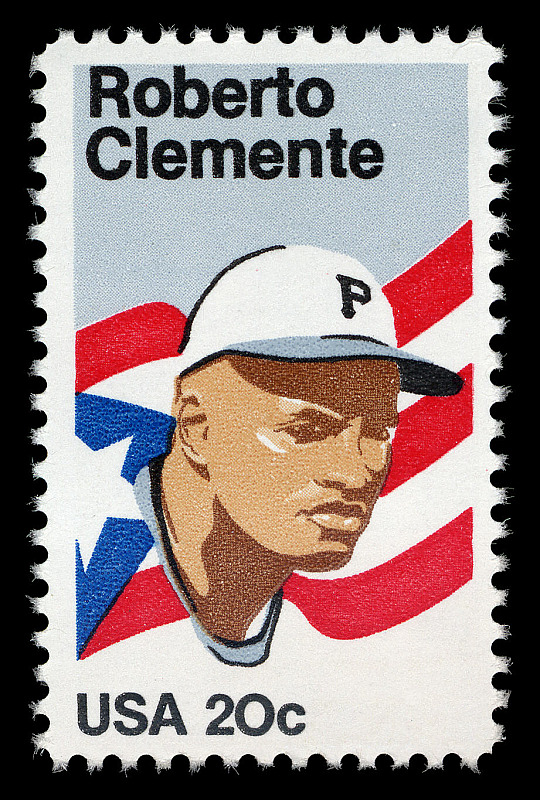 This exhibition features one of baseball's great icons—Roberto Clemente Walker (1938-1972), who was honored on 2 U.S. postage stamps; first in 1984 in recognition of his enduring character and again in 2000 as part of the United States Postal Service's "Legends of Baseball" series. Clemente, who played for the Pittsburgh Pirates from 1954 until his death, is remembered for helping his team win their first world championship in 35 years in 1960. He led the team to the championship again in 1971. Clemente was born in Carolina, Puerto Rico, and was the first Latin American to be inducted into the National Baseball Hall of Fame. On view are both stamps featuring his likeness, his batting helmet, a baseball autographed by the 1960 World Champion Pittsburgh Pirates, a ticket stub from the game in which he hit his 3000th ball, and a patch worn by the Pirates after his death.

This exhibition is part of the "Stamps with Personality" series, which highlights the achievements of historical figures honored with their likenesses on postage stamps issued by the United States Postal Service.