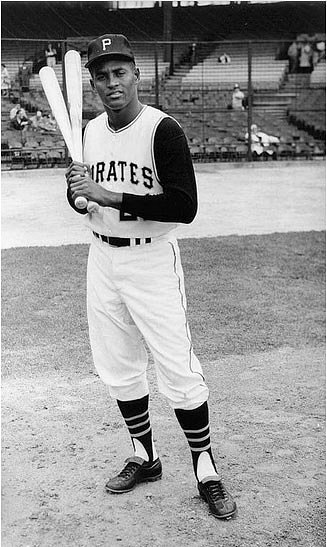 In the middle of the U.S. baseball season, three All-Stars met in an entirely different competition at the Smithsonian’s National Portrait Gallery as part of the museum’s “Recognize” series. The museum’s historians and curators selected three players’ portraits for the public to choose from: Roberto Clemente, Babe Ruth or Sandy Koufax.

Thousands of votes were cast on Smithsonianmag.com, and Charles “Teenie” Harris’ photograph of Clemente received the most votes.

Clemente (1934–1972) was born in Puerto Rico. He became a legend for the Pittsburgh Pirates, where he played his entire 18-year major league baseball career. On Sept. 30, 1972, Clemente made his 3,000th career hit, a double against Jon Matlack and the New York Mets. This was the last regular-season at-bat of Clemente’s life. He was a 12-time Gold Glove outfielder, a four-time National League batting champion and a tireless humanitarian: “If you a chance to accomplish something that will make things better for people coming behind you, and you don’t do that, you are wasting your time on this Earth.” Clemente was killed in an airplane crash Dec. 31, 1972, while attempting to deliver relief supplies to earthquake victims in Managua, Nicaragua.

The artist, a former semipro ballplayer and co-founder of the Pittsburgh Crawfords, documented the city’s African American history and culture. The son of hotel owners, Harris ran his own studio before deciding to focus on photojournalism. He worked for the Pittsburgh Courier for two decades.