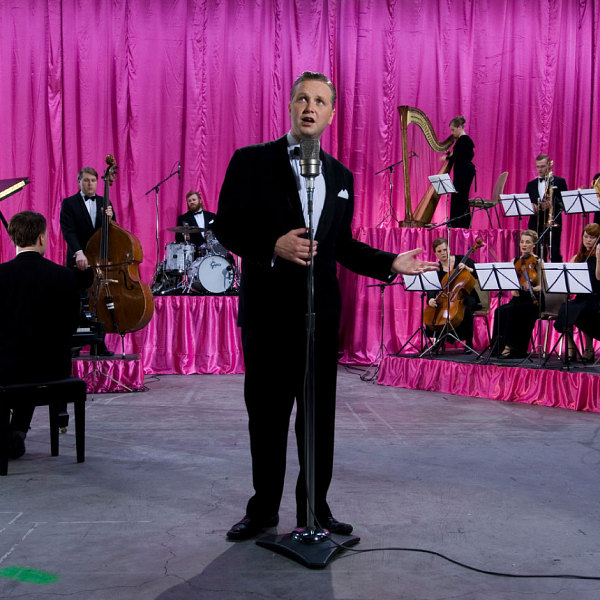 This exhibition is the first comprehensive mid-career survey of Icelandic artist Ragnar Kjartansson (b. Reykjavik, 1976) and charts his wide-ranging practice across film, performance, painting, and drawing. Kjartansson’s work draws from a varied history of stage traditions, film, music, and literature. His performances, video installations, drawings, and paintings explore the boundary between fact and fiction, as well as constructs of myth and identity. Donning various guises, which include that of a knight, a Hollywood crooner, and the incarnation of death, Kjartansson both celebrates and derides the romanticized figure of the artist as cultural hero.

Music, repetition, and endurance are key ingredients in Kjartansson’s video and performance works. Among the highlights of this survey is his celebrated video installation The Visitors, 2012, which comprises a series of nine life-size video tableaux.