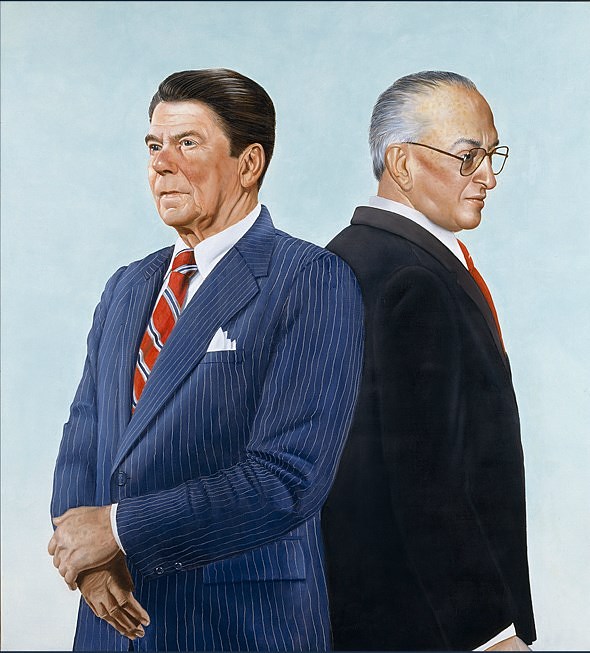 The One Life gallery within the museum is devoted to the exploration of the life of one individual.

The Portrait Gallery observes the centennial of the 40th president’s birthday with a one-room exhibition chronicling Ronald Reagan’s early years in Illinois through his acting and political career, to his presidency from 1981-1989. Andy Warhol's 1985 portrait of Reagan, mixing personality, politics, and public image, is featured.