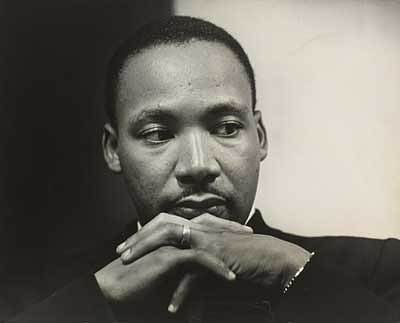 Under the leadership of Martin Luther King Jr. (1929-1968), non-violent protest became the defining feature of the modern civil rights movement in America. In this exhibition, trace the trajectory of King’s career, from his rise to prominence as the leader of the national civil rights movement to his work as an anti-war activist and advocate for those living in poverty through historic photographs, prints, paintings and memorabilia. This exhibition marks the 50th anniversary of the March on Washington for Jobs and Freedom and King’s stirring “I Have a Dream speech” and features buttons and the program from the March, original art from the Time magazine cover featuring King as Man of the Year, and Time issues covering his assassination and funeral.

Video segments from CBS news coverage of the March on Washington.