The Norie Atlas and the Guano Trade 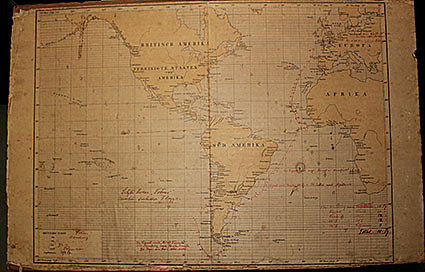 This display will highlight John Norie's unique Marine Atlas, a large bound book of sea charts dating to the early 19th century, within the historical context of the guano and nitrate trades, in which many of the swiftest and strongest American square-rigged sailing ships were employed in the mid-19th century. The Atlas will be augmented by images and models of American clipper ships; pamphlets of the Pacific Guano Company of Woods Hole, Massachusetts; nitrate voyage track charts acquired from a member of the International Association of Cape Horners; and associated materials.