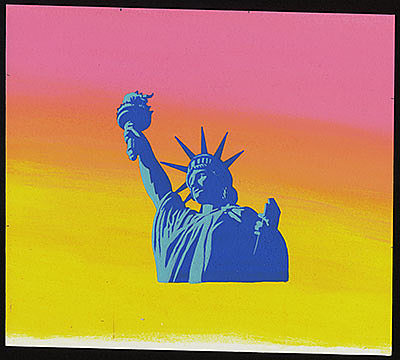 This exhibition of original artwork explores the diversity of topics highlighting the cultural heritage of New York City. The exhibition provides an opportunity to raise awareness of the Postmaster General’s Art Collection which the museum has acquired through a long-term agreement with the United States Postal Service. Thirty pieces of original artwork divided into six categories—Baseball, Broadway, City Life, Icons, Politics and Government, and Music—depict a variety of art styles and mediums used to create some of America’s most beautiful stamps. The artwork celebrates important citizens, events and iconic buildings that have defined New York City as one of the greatest cities in the world.

Six of the portraits, one from each category, will be temporarily on display at the World Stamp Show—NY 2016 (May 28, 2016 – June 3, 2016) as part of the museum’s major contribution to this once-per-decade international philatelic event.