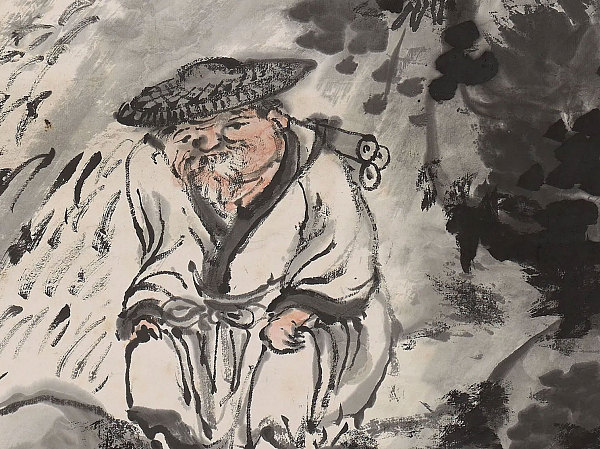 Tomioka Tessai is a prime example of a modern Japanese painter. Contemporaries praised his works as being exceptionally modern, and they recognized parallels between Tessai’s work and European postimpressionism. Paintings by Tomioka Tessai (1836–1924) were so esteemed that he was one of the first Japanese artists to have his works shown in the United States—in an exhibition organized by the Smithsonian—following World War II. Decades before that, museum founder Charles Lang Freer met with Tessai three times in June 1907 while the American collector was in Kyoto.

The way Tessai arrived at these nonconformist paintings, however, was traditional. He concocted his idiosyncratic style on the basis of his voracious study of ancient Japanese art as well as Chinese paintings of the Ming and Qing dynasties, which were being imported in unprecedented quantities into the Japan during the early twentieth century. Like many other Japanese artists of his time, Tessai viewed Chinese art and culture not as foreign but as key parts of Japan’s own past and of a shared East Asian cultural fabric.

Meeting Tessai highlights a transformative gift of early modern and modern Japanese paintings and calligraphy from the Mary and Cheney Cowles Collection. The exhibition is also the first one held at a major museum in the United States in more than fifty years to explore the significance of pan-East Asian influences—a pertinent topic in today’s interconnected world—through the work of Tessai and modern Japanese painting.