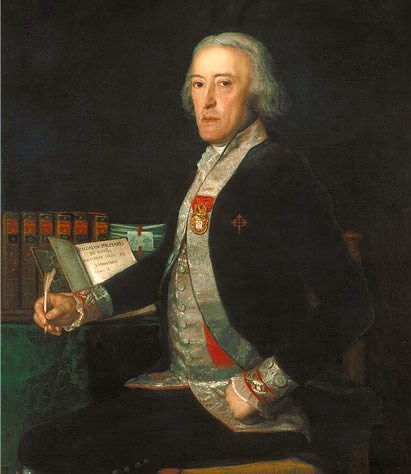 Through approximately 70 portraits and compelling authentic documents, this exhibition explores Spain's key role in the Revolutionary War and the founding of the new nation. The exhibition begins in 1763, when the Treaty of Paris was signed, and continues through 1848, when the Treaty of Guadalupe Hidalgo was signed, ending the Mexican American War. The political and geographic changes that happened during the 85-year period covered by this exhibition still reverberate in American culture today. Portraits represented in the exhibition include King Carlos III by Anton Raphael Mengs, Francisco de Cabarrus by Francisco Goya, the Count of Floridabanca by Folch de Cardona, George Washington by Charles Willson Peale, Benjamin Franklin by Joseph Siffred Duplessis, and even Davy Crockett by Chester Harding.