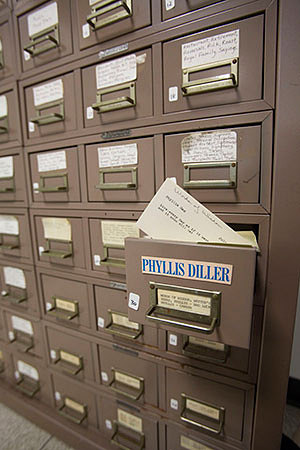 Laughing Matters is a display that looks into the stories of three comedians who changed the face of comedy. The showcase highlights the power of laughter in the realm of social and political discussion through the careers of Phyllis Diller, Carol Burnett, and Miss Piggy, a creation of Jim Henson. The case features the “charwoman” costume, donated by Burnett to the museum in 1988, along with a costume worn by Diller during Bob Hope’s USO Christmas Tour in 1967, gifted to the museum by Diller, the hand and rod puppet, Miss Piggy, donated to the museum by the family of Jim Henson in 2013. The display includes other objects defining the power of laughter.