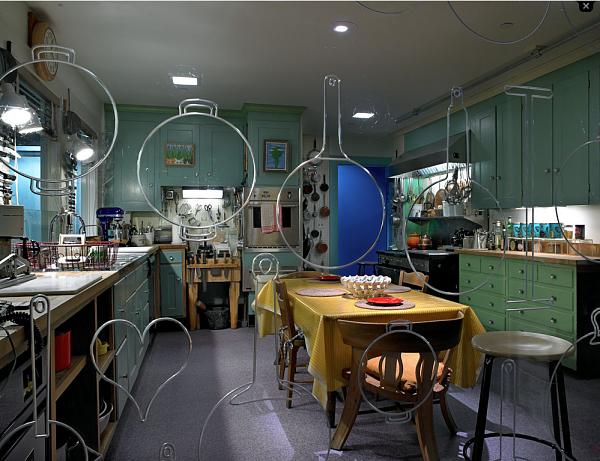 As part of the museum’s celebration of Julia Child’s 100th birthday on August 15, 2012, her beloved Cambridge, Massachussetts, kitchen is back on display. Child (1912-2004) used the kitchen as the set of three television shows and as the testing ground for many recipes featured in her cookbooks. The kitchen contains hundreds of tools, appliances, and furnishings arranged exactly as they were when Child donated the kitchen to the museum in 2001.