In Her Words: Women's Duty and Service in World War I 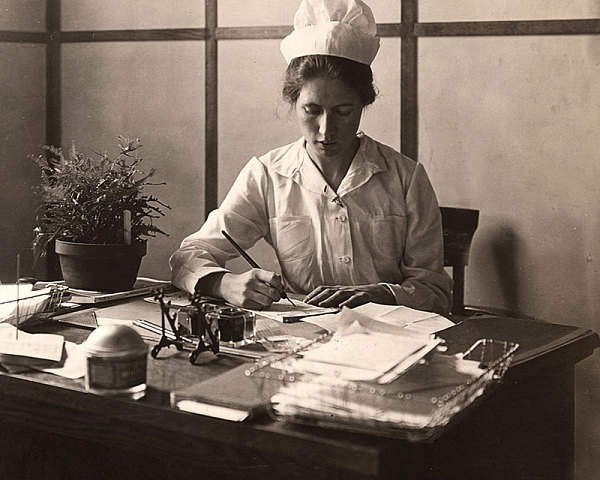 World War I was a watershed for global political, economic, and social change, and for women’s rights and labor in the United States. During the war, women officially served in and alongside the military in unprecedented numbers and in ways that shaped the professionalization of women’s work. Through the letters and artifacts of four women, visitors can explore unique, personal perspectives on life, duty, and service during the war. This exhibition was developed jointly by the Smithsonian’s National Postal Museum and the Women In Military Service For America Memorial Foundation.