Hector Guimard: How Paris Got Its Curves 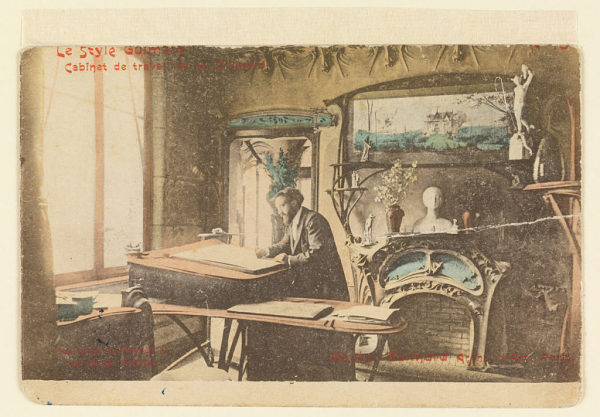 Co-organized by Cooper Hewitt and the Richard H. Driehaus Museum, Chicago, this exhibition invites a new understanding of France’s most famous art nouveau architect, Hector Guimard (1867–1942). Guimard is perhaps best known for his iconic Paris Métro entrances and private residences like Castel Béranger. Their ornate design based in the repeated use of organically curved, undulating lines anchored Guimard’s efforts to create an eponymous brand, “Le Style Guimard.” Lesser known are his more functionalist and pared-down designs for several standardized housing projects from the 1920s emphasizing his political engagement and commitment to the collective social good. Though seemingly opposite in appearance, these later projects were always critical components of the “Style Guimard.” By providing urban and historical context for the full range of Guimard’s output—realized and unrealized—this exhibition aims to present a more nuanced view of the “Style Guimard,” emphasizing Guimard’s working process and his strategies to market it.