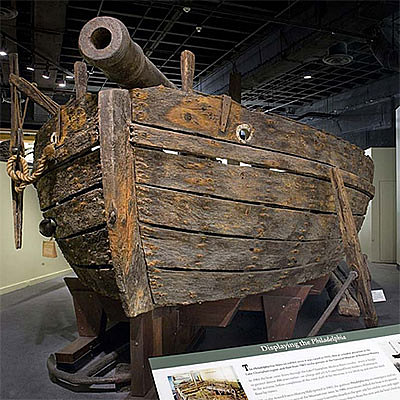 Built in 1776, the gunboat Philadelphia is the oldest American fighting vessel in existence. She sank on October 11, 1776, in Lake Champlain during the battle of Valcour Island, when an American flotilla commanded by General Benedict Arnold was defeated by a British fleet. The gunboat Philadelphia was raised in 1935 and came to the museum in 1964, complete with the 24-pound ball that sent it to the bottom.