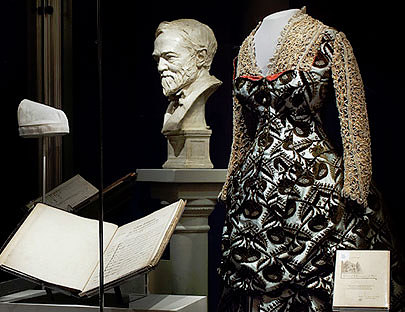 The Giving in America display explores civic philanthropy over the past century. By the turn of the 20th century, a new generation of wealthy Americans increasingly supported secular as well as religious-based institutions, creating some of the nation’s most important and enduring museums, libraries, orchestras, universities, and hospitals. These philanthropists hoped not only to provide educational uplift to fellow citizens, but to showcase their cities on a national and international stage. In the 21st century, private giving continues to shape our culture and communities, through financial gifts big and small, and through donations of time and resources. The display will include a rotating selection of Giving Pledge letters and a kiosk to make all of the letters on loan to the Smithsonian available to visitors.