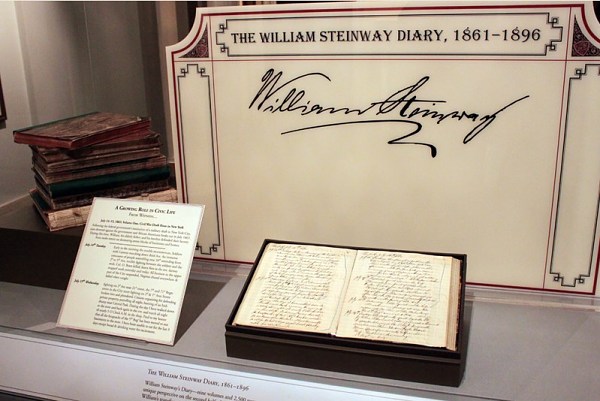 This exhibition showcases the diary of piano-innovator William Steinway (1835-1896), the first president of Steinway & Sons and a key figure in the cultural, economic, political, and physical development of New York City. With the first entry beginning just eight days after the first shots of the Civil War were fired, Steinway's nine-volume, 2,500-page diary spans 36 years of one of the most dynamic periods in American history. Featuring Steinway family photographs, maps, and advertisements, this exhibition follows this German American's growth from witness to participant in history, bringing to life the fear and chaos of the 1863 Civil War Draft Riots and Steinway's hands-on role in the development of both the New York City subway and the company town of Steinway in western Queens.