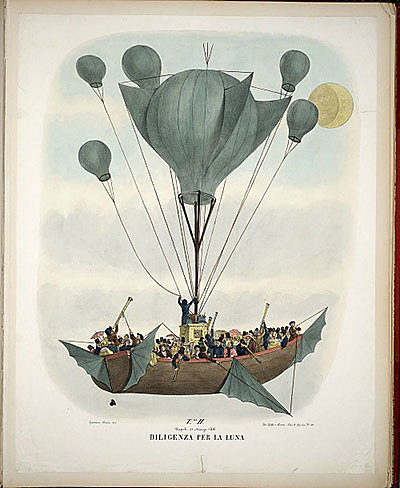 This exhibition explores the intersecting influences of science, innovation, industry, and the Victorian creative imagination through books from the Smithsonian Libraries and selected historical objects from Smithsonian museums.

The industrial revolution that began at the end of the 18th century paved the way for a period of dramatic change in America and Europe as advances in science, art, and industry forged a new world. This revolution was also a communications revolution: mechanized printing and book production, increased literacy, the first illustrated newspapers, and the penny post all changed the way information was consumed and shared. And the public was enthralled by the rapid invention and scientific discoveries that characterized the age. Science became spectacle, and such literary luminaries as Jules Verne, Mary Shelley, and Edgar Allan Poe responded, crafting fiction that explored the farthest reaches of the new scientific landscape and the startling possibilities this new knowledge uncovered.