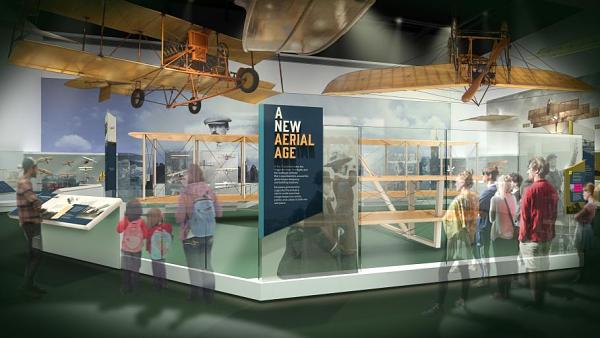 Between the first flights of the Wright brothers in 1903 and the outbreak of World War I in 1914, the airplane grew from an ancient dream into a reality that would shape the future.

Early Flight uses artifacts like the Lilienthal Glider, 1909 Wright Military Flyer, and the Blériot XI to explore how in one short decade people in America and around the world were pushing boundaries, setting records, participating in air shows, and turning the aircraft into a technology that would create an aerial age.