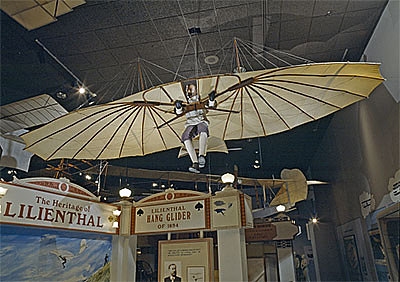 Early Flight celebrates the first decade of flight by evoking the atmosphere of an aviation exhibition from that period: the fictitious Smithsonian Aeronautical Exposition of 1913. The gaily decorated gallery is crammed with fabric-covered aerial vehicles, some fanciful, most real, along with trade show–style exhibits featuring cutting-edge technology of the day.

Gracing the gallery is a rare 1894 Lilienthal glider, along with Samuel P. Langley's Aerodrome #5 and Quarter-Scale Aerodrome, powered, unmanned vehicles that successfully flew in 1896 and 1903. Early Flight also features the most original and complete of the Museum's three Wright airplanes, the 1909 Wright Military Flyer, the world's first military airplane. Other treasures include a Curtiss Model D "Headless Pusher," an Ecker Flying Boat, and a Blériot XI monoplane.