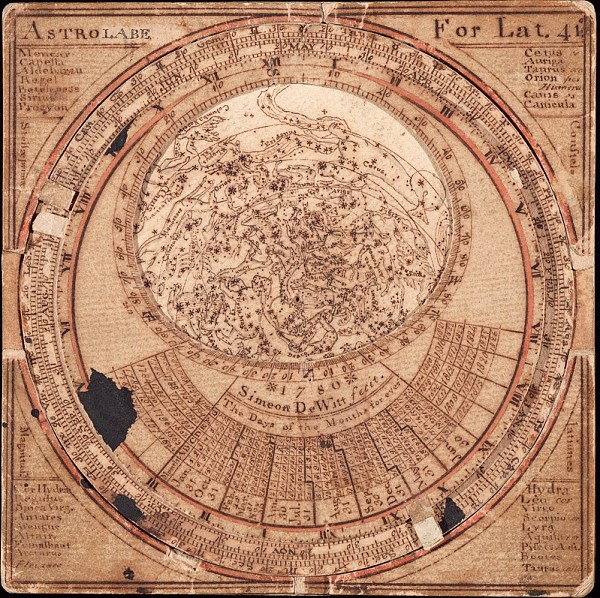 This exhibition features the oldest surviving Anglo-American star map. Hand-drawn in 1780 by Simeon De Witt (1756-1834), a surveyor for George Washington and the Continental army, the map shows the stars visible from De Witt's post in New Jersey. Drawing such a map, as De Witt himself later said, fostered an appreciation of "the ever shifting scenery of the skies and all the gorgeous drapery of heaven." During the Revolutionary War, when cut off from trade with Europe, colonists had to make their own maps; De Witt assisted military geographer and surveyor general Robert Erskine in drawing the maps needed by George Washington. Also on view are De Witt's drawing instruments and examples of European star maps and astrolabes.