The American Presidency: A Glorious Burden 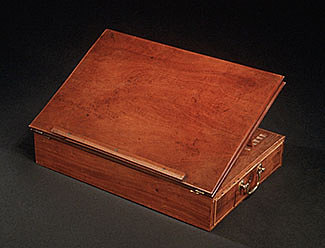 This exhibition of more than 900 objects related to the 43 men who have held the nation's highest office explores the public, personal, ceremonial, and executive boundaries of the presidency. Composed of 11 thematic sections, the exhibition addresses such topics as inaugural celebrations, presidential roles, life at the White House, limits of presidential power, assassinations and mourning, the influence of the media, and life after the presidency.

The following highlights are on view: