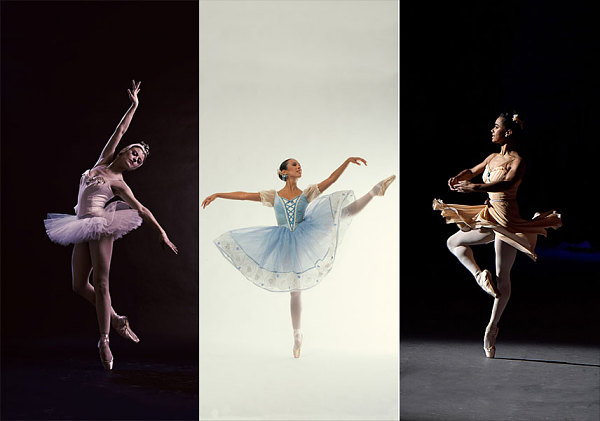 Introduced to America in the mid-19th century, ballet’s aristocratic persona stood in stark contrast to the democratic ideals and populist affinities of our American culture. In the United States ballet was adopted and reimagined with whimsical feats and physical displays set to music. Immigrants streaming into America in the early 20th century included Russian dancer George Balanchine, who crafted a distinctly new neoclassical style of ballet incorporating musical, emotional, and individual elements.

This display showcases costumes worn by ballerinas Violette Verdy, Marianna Tcherkassky, and Misty Copeland. Verdy’s displayed costume was created in 1976, by former Ballet Russes costumer Barbara Balinksa, for a White House state dinner. Also on view is Tcherkassky’s costume, created by veteran costume designer May Ishimoto in 1977, for her leading role in Giselle. Copeland made history in 2015 when she became the first African American woman to be named the principal dancer at the American Ballet Theatre. Her costume was worn that year for her Broadway debut in On the Town.