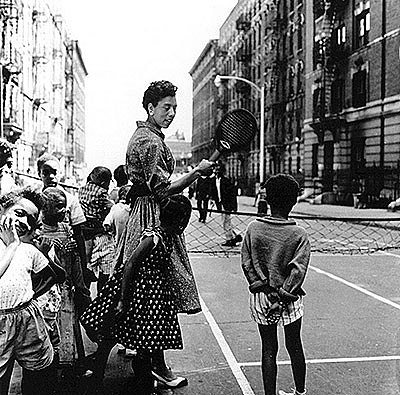 In May, people voted on Smithsonianmag.com to choose between portraits of Gibson, swimmers Eleanor Holm and Helene Madison, and surfer Duke Kahanamoku. Gibson’s photograph by Genevieve Naylor received the most votes and is on view on the “Recognize” wall.

In 1955, Gibson almost retired from tennis. Two years later, at age 30, she claimed the British and U.S. singles titles. She was at the top of her game and remained there the following year when she repeated her British and American triumphs. When Gibson posed for this photograph in 1957 back on her home turf in Harlem, tennis was not a great sporting interest in African American communities.