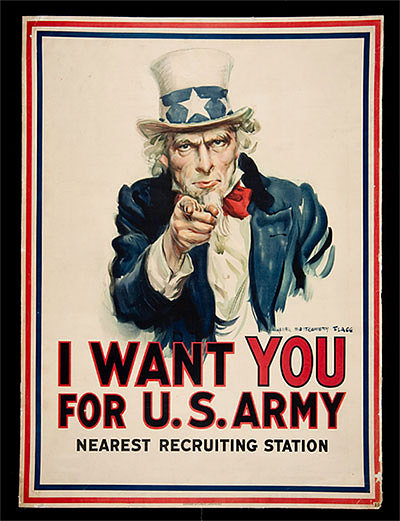 Before the advent of radio and motion pictures, art and illustration were the primary forms of mass communication. With the outbreak of World War I, governments, militaries, and service organizations hired artists and illustrators to depict the ravages of war and to rally patriotism. Poster imagery created before and during American military participation was used to mobilize citizens to enlist, give aid to refugees and soldiers, and motivate any and all people to join the fight through rationing, buying bonds, or charity work. The small selection presented here gives glimpses of the war front, illustrates participation on the home front, reveals the new roles of women, demonstrates new technologies, shows the breadth of military service, and depicts America’s allies and enemies at that time.