150th Commemoration of the Civil War: The Death of Ellsworth 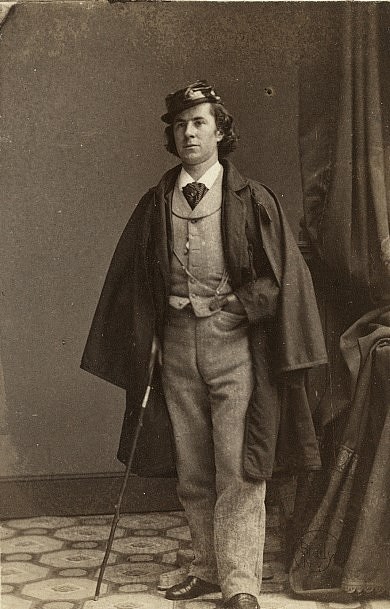 On the site of a former Civil War hospital, the National Portrait Gallery marks the 150th anniversary of the war through a series of four alcove exhibitions—one each year—commemorating this period of American history.

The first of these exhibitions recounts the death of Colonel Elmer E. Ellsworth in Alexandria, Virginia. Ellsworth was the first Union officer to be killed in the four-year-long struggle. A friend of President Abraham Lincoln, Ellsworth commanded a regiment of New York Fire Zouaves—regiments raised for volunteer service—which participated in the invasion of Northern Virginia on May 24, 1861. Ellsworth's death at the hands of a local innkeeper made headlines throughout the country and he became a martyr in the North and an inspirational figure for legions of Yankees marching off to war. His funeral services were held in the White House, where thousands of mourners viewed his corpse lying in state in the East Room. Throughout the Civil War, his name, face, and heroism were recalled in stationery, sheet music, and memorial lithographs. Francis E. Brownell, the soldier who mortally avenged Ellsworth's assailant, bequeathed several artifacts to the Smithsonian Institution, including the weapons used in the incident and Brownell's Congressional Medal of Honor. The exhibition brings together a select grouping of once-prized mementoes, including portraits of Ellsworth and Lincoln, as well as Alonzo Chappel's historic painting The Death of Ellsworth.

Visit www.civilwar150.si.edu to learn about other exhibitions and events commemorating the Civil War at the Smithsonian.