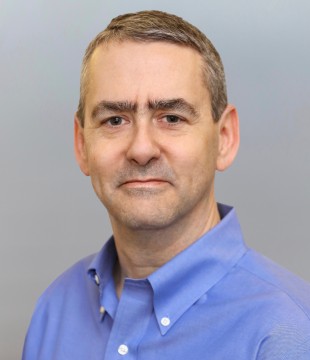 Michael McCarthy is the interim director of the Center for Astrophysics | Harvard & Smithsonian (CfA).

McCarthy received a Bachelor of Science in chemistry from the University of Alaska in 1986 and a doctorate in physical chemistry from MIT in 1992, then moved to the CfA as a fellow. He has remained at the CfA and is a member of the tenured scientist staff as the Yoram Avni Distinguished Research Astronomer.

In 2014, he was appointed associate director, and in this capacity oversees the Atomic and Molecular Physics Division. He is a fellow of the American Physical Society and a recipient of the International Barbara Mez-Starck Prize. His research is centered around high-resolution rotational spectroscopy of highly reactive molecules of astronomical and chemical interest. This research program has resulted in the astronomical detection of a significant number of molecules generally unknown or unfamiliar on Earth. Notable highlights of this work include the discoveries of molecular anions and the aromatic molecule benzonitrile in space.