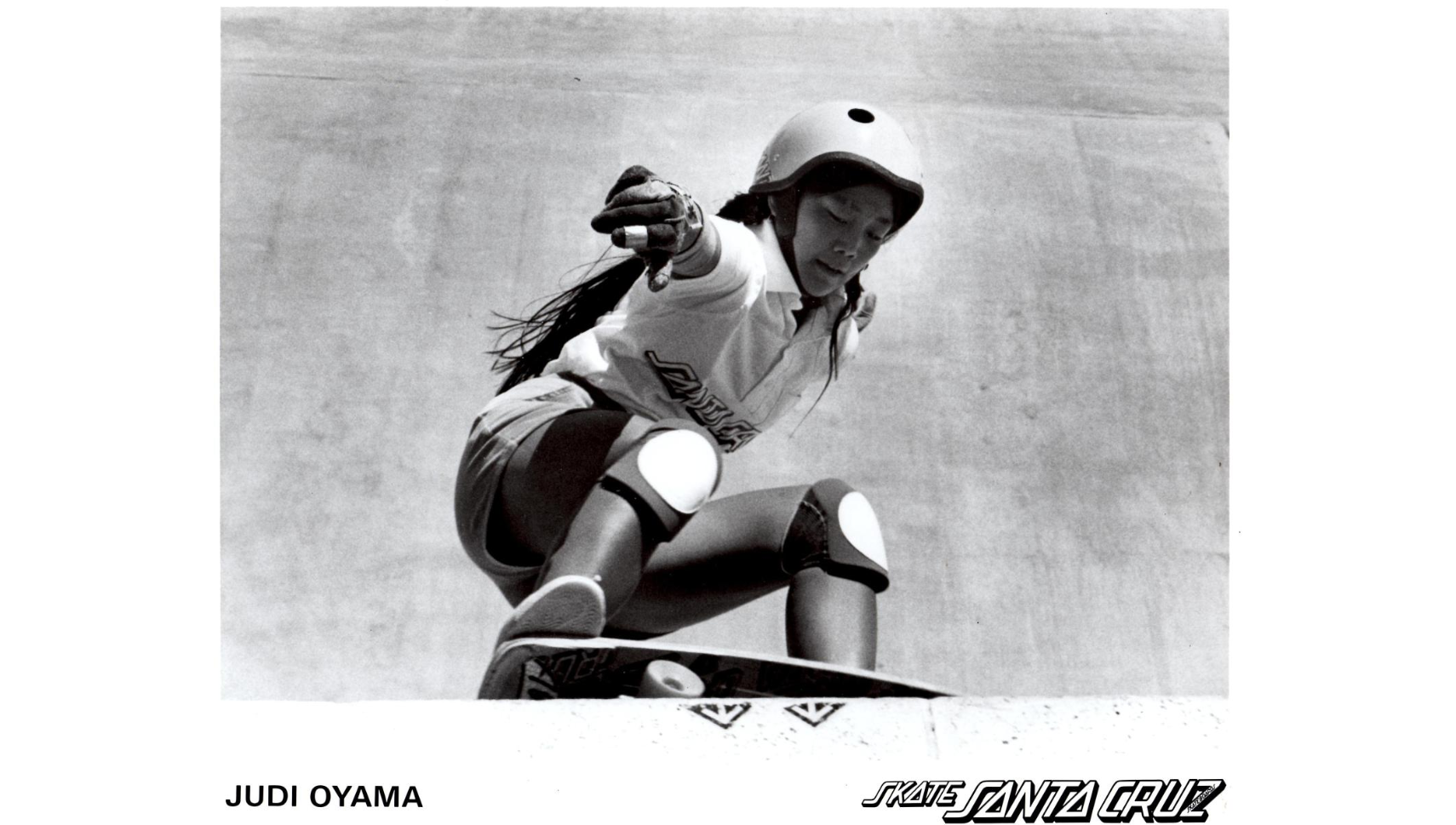 This photograph of pro skater Judi Oyama was taken by John Krisick at Winchester Skate Park while Oyama was on the Santa Cruz skate team.

Oyama began skating as a teen and was sponsored by Santa Cruz Skateboards in the mid-1970s. She skated both vert (skate ramp) and street (use of urban obstacles like handrails, park benches), but her passion was slalom and downhill racing where she was one of the few women that raced against the men.

At the age of 43, she won the 2003 Slalom World Championships and in 2013 was ranked second in the U.S. and first in the masters division overall. In 2015, Oyama became the first woman to win the N-Men Icon Award given to Northern California skaters who have made an impact on the sport. In 2018, she was inducted into the Skateboard Hall of Fame.

Oyama is the former vice president of Board Rescue, which provides skateboards and safety equipment to organizations that work with underprivileged and/or at-risk kids. She is a graphic designer in Santa Cruz, California, and competes in professional skateboard contests in her spare time.

This photograph and others are in the collections of the National Museum of American History.

Oyama is featured in the exhibition Girlhood (It's Complicated) that opened at the Smithsonian’s National Museum of American History in October 2020.