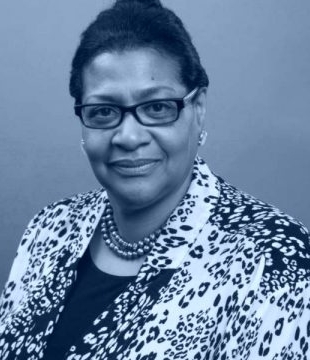 Deborah L. Mack
Under Secretary for Museums and Culture

Deborah L. Mack is the interim director of the Smithsonian’s National Museum of African Art, the nation’s premiere museum devoted to the arts of Africa. Founded as a small museum on Capitol Hill in 1964, the museum became a part of the Smithsonian in 1979 and, in 1987, it moved to its current location on the National Mall. The museum’s collection of more than 12,000 objects represents nearly every area of the continent of Africa and contains a variety of media and art forms.

Mack joins the museum from the Smithsonian’s National Museum of African American History and Culture, where she served as the associate director for strategic partnerships. Beginning in 2012, she was responsible for overall planning, management and coordination of professional partnership programs and international activities.

As an independent museum consultant (2000–12), Mack advised organizations nationwide and internationally on museum organizational and strategic planning, interpretive and exhibition development, and cultural and heritage tourism. She also served on the Smithsonian Council (1999–2005) and the National Museum of African American History and Culture’s Scholarly Advisory Committee (2005–11). She is an active service member of several professional organizations, including the Association of African American Museums (board of trustees and vice president, 2011–15), Southeast Museums Conference (board of trustees), National Council on Public History (editorial board of The Public Historian, 2013–18), National Endowment for the Arts, National Endowment for the Humanities and the Institute of Museum and Library Services as a peer reviewer.

Mack holds a doctorate, a master of arts in anthropology from Northwestern University and a bachelor of arts in geography from the University of Chicago.